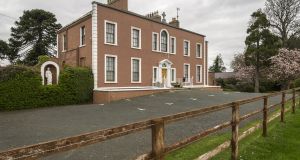 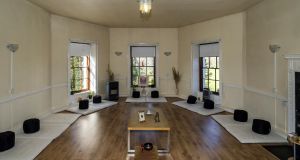 Holy Faith Convent, Kilcoole, Co Wicklow, retains many original features. It is for sale at €775,000 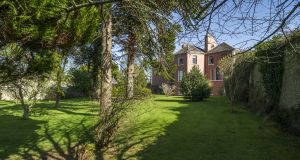 A well-maintained convent owned by the Holy Faith Sisters in Kilcoole village, Co Wicklow, is expected to end up as a wellness-retreat centre, a hospitality facility or a trophy home when it is sold shortly by private treaty.

Mark Johnston of WK Nowlan Real Estate Advisers is guiding in excess of €775,000 for the Georgian house on 52 acres, including a gate lodge, former schoolhouse and two walled gardens, which have been owned by the religious order for 120 years.

A three-storey extension to the north is thought to date from the mid-19th century.

The ground floor is dominated by a chapel with stained- glass panels, a drawingroom and a sittingroom with high ceilings and two of the many original stone fireplaces.

The basement is used mainly as a kitchen and diningroom, while the first floor is given over to seven bedrooms with stunning views over the garden and grounds.

A walled garden beside the house has been well maintained. It originally had a tennis court and fruit trees but is now largely used as a vegetable patch, fruit trees and flower beds as well as a small greenhouse.

Photographs from the 1870s record the grandeur of a second walled garden with an extensive glassed greenhouse, teahouse and ornamental bridge.

This lower garden is now overgrown but the walls and entrances remain, as does a meandering stream, the bridge base and the old teahouse, all in need of restoration.

Darragh traded in china and earthenware on Lower Ormond Quay and after his widow died in 1799, the Darraghville estate passed to the Newton family.