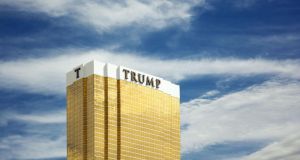 The Trump Tower Hotel & Casino, Las Vegas: the industry is wondering if a property developer in the White House will pay off. Photograph: Carmen Martinez Torrin/Getty Images

For the first time, a property developer is the president of the United States – the most powerful position a member of the real estate industry has ever occupied.

But the opening weeks of the Donald Trump presidency have left one question still open: whether the industry in which Trump spent his prior working life should celebrate his rise.

“The real estate industry is now running the USA,” says one veteran real estate banker. For him, this is something to celebrate: it is unlikely, he believes, that a presidency so rooted in property would make any moves actively hostile to the sector.

Investors seem to agree: shares in US real estate investment trusts have risen steadily since his election. But as global leaders of the property sector gathered at the recent Mipim conference, many concerns remain about the future impact of Trump’s plans.

Trump has arrived in office at a late stage in the global economic and property cycles, according to Richard Barkham, global chief economist at the global property services group CBRE.

Data from Colliers International, a property agency, shows that US real estate transaction volumes in 2015 almost equalled their previous peak of 2007, with $460 billion worth of deals, before falling back to $339 billion in 2016. A similar pattern was evident in the UK and European markets.

At this point, Trump’s priority looks to be appeasing angry “rust belt” voters who helped elect him.

“He will have to deliver for his core constituency of working-class people in the so-called rust belt, and I think it will be very difficult to do that initially by protectionism or by reshoring [jobs] – so he will find it easier to do that by public spending,” says Barkham.

“The public spending proposals will take some time to hit home, but together with his tax-reform proposals they add up to a late-cycle fiscal stimulus. That will be very positive for real estate, by boosting employment, growth and demand.”

The office and retail sectors are especially likely to benefit, he adds.

Along with cuts to personal and corporate taxes, Trump has called for infrastructural spending of $500 billion to $1 trillion, focused on drawing private investment into a programme of public works.

“Insofar as Trump has a plan, it looks to be based on tax credits to encourage private investment,” says Walter Boettcher, director of research at Colliers International. “Given the scope of US infrastructure investment needs – the American Society of Civil Engineers estimates that $3.6 trillion is needed just to patch up existing infrastructure – it is theoretically possible, but unlikely, that this could lead to global capital diversion away from other markets, both developed and emerging.”

More likely, says Boettcher, is that the programme will prove less ambitious than billed.

“The fly in the ointment is that to attract private capital, investments need to generate an income. And, with the exception of road tolls, it is not always obvious how this income stream will be generated from new air traffic control systems, hospitals [and] schools.”

Trump has also promised a bonfire of regulations, specifically a repeal of the Dodd- Frank Act of 2010 which aimed to mitigate some of the conditions that led to the 2008 financial crisis – a downturn in which risky property investments by banks and others played a crucial role.

“With financial regulation likely to loosen, or at a minimum no longer tighten, capital flows may improve and create a short-to-medium-term net positive for investment activity and performance,” say analysts at JLL, the Chicago-based property advisory group.

Dodd-Frank includes the so-called Volcker rule, which limits proprietary trading by banks that take retail deposits. But analysts say the impact of this rule on commercial real estate investment has been limited. “Where banks have retreated, other institutions have come into the space. There is no capital shortage,” says Barkham.

He says the more significant impact of deregulation may be on the domestic mortgage market if Trump removes strict rules on lending to consumers contained in Dodd-Frank. “That might ease up the mortgage market, which could be good for the single family homes market, where the recovery has been lacklustre.”

He adds: “Industrial, especially coastal markets, may be negatively impacted if trade agreements are rewritten, causing a decline in imports and slowdown in port activity.”

Republican tax proposals that include plans to remove the tax deductibility of interest payments for businesses carry another potential sting in the tail, according to Green Street Advisors. Maintaining tax deductibility for real estate and not other sectors is likely to prove unrealistic, analysts say, suggesting that “Trump may not have many choices other than to go along with certain components of tax reform that he is less keen on”.

This change would likely prompt a shift from debt towards more expensive equity financing, they say.

On a global scale, the key question is the extent to which Trump’s spending plans – together with an expected rise in interest rates – will serve to help or hinder returns from real estate.

If rents do not grow fast enough, the search for higher rates of return from other assets classes could lead to downward pressure on capital values, which have been growing at what many analysts argue is an unsustainable rate. – Copyright The Financial Times Limited 2017