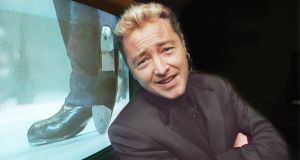 Lord of the Dance and multimillionaire Michael Flatley could be tapping his way to more profits as he pledged his backing for a Limerick development firm, Kirkland Investments Limited, in a €40 million development that aims to attract large corporations to the Treaty City.

Kirkland is chaired by Rudi Butler, a son of developer Robert Butler, whose Robert Butler Group lost a large chunk of its property empire when its loans were taken over by the National Asset Management Agency in 2012.

Since its launch in November 2013, Kirkland Investments has acquired two hotels. In September last year it purchased the Premier Inn, a 155-bedroom three-star hotel at Airside Business Park beside Dublin Airport. The purchase price was €11 million , €1.4 million above the guide price quoted by agents CBRE.

In October 2014, Kirkland paid €18.54 million for the 94-bedroom five-star Savoy Hotel in Limerick city, along with 84 adjoining apartments and six shops.

Last week the company lodged plans with Limerick City and County Council to build a 15-storey office tower block which would also include 45 luxury apartments and commercial space.

Responding to the Limerick Life newspaper about speculation that Mr Flatley was helping to finance Kirkland’s €40 million proposed development, a spokesman for the dance superstar said: “Mr Flatley is fully supportive of Mr Butler’s plans for Limerick.”

When asked to confirm whether Mr Flatley was an investor in Kirkland’s €40 million project, the spokesman said Mr Flatley had no comment to make “regrading his involvement”.

The Chicago-born entertainer is currently seeking buyers for his palatial mansion Castlehyde, in Fermoy, Co Cork, having put a €20 million guide price tag on it.

Mr Flatley has property interests in areas including London, Barbados, New York, Chicago and Villefranche-sur-mer in the south of France. His unique artworks – painted by dancing – have sold for hundreds of thousands of euro.

According to Kirkland’s latest filed accounts – for the year ending December 2014 – it secured refinancing of all of its debt through Williamsfield Capital Ltd, a company based in the British Virgin Islands.

The Limerick project will see each office floor running to 1,160sq m (12,500sq ft), which, subject to planning approval, will give the company a key advantage over its competitors.

“There won’t be anything of this quality built in the city before. We’re going to build grade-A office space,” said Rudi Butler.

Robert Butler said he was “not involved” in the project.

On August 13th, 2012, Nama took over 15 companies owned by Robert Butler. The latest filed accounts for the Robert Butler Group show an overall deficit of €43.7 million at the end of August 2010.

A mansion previously owned by Mr Butler, built in a gated community on the grounds of Adare Manor, was put on the market in 2008 for €12 million. It was sold for €1.9 million in 2012.

1 Lockdown exit: How can Irish economy reopen without big health risks?
2 Coronavirus: The online scams, apps and trends you need to know about during the pandemic
3 I want to change my will quickly in case I fall ill. Do I need a lawyer?
4 Property market has not felt full impact of Covid-19, warns Sherry FitzGerald
5 Cold water poured on idea of ‘helicopter money’
6 Ten of the most mysterious aircraft disappearances
7 KBC Bank sets up process for loan and mortage breaks
8 Knitwear outfit with designs on China
9 Finance ministers gather as fears grow even the future of the euro zone is at risk
10 Radio stations will receive up to €95,000 under Covid-19 scheme
Real news has value SUBSCRIBE