John Reynolds entitled to €684,000 in dispute over Pod 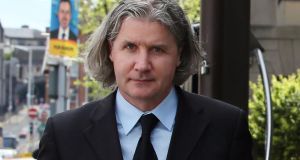 John Reynolds: entitled to have the lease contract rescinded along with damages. Photograph: Collins

Businessman John Reynolds is entitled to some €684,000 arising from a judge’s findings in a dispute over the transfer of the lease of the Pod nightclub in Dublin, the Commercial Court ruled.

The total includes €505,000 for lost rent on the Harcourt Street building along with bills for commercial rates and insurance.

The award came after Mr Justice Brian Cregan last month ruled a company and three men, who had agreed to take over the nightclub, acted in bad faith when they delayed in signing the lease.

Altomoravia Ltd, and the three who acted as guarantors for the lease, “engaged in an entirely unscrupulous attempt” to gain extra concessions in relation to the construction works at the club before they would sign, the judge said.

He ruled Mr Reynolds was entitled to have the lease contract rescinded along with damages.

Mr Reynolds sued Altomoravia and guarantors Thomas Anderson, Colin Dolan and Michael Ormond, arising out of the failure to execute a settlement over a lease agreement first made in April 2012.

The court heard the defendants were now seeking to appeal the decision.

The judge said he will deal later with an application for a stay on his orders, pending appeal.

Subsequently, however, further difficulties arose and it was not executed, with Mr Reynolds then bringing his proceedings.

Mr Justice Cregan, finding in favour of Mr Reynolds earlier this month, said the defendants found out after the March 2014 settlement it would cost €750,000 to put right water damage to the building. They clearly had not factored this into their negotiations for the settlement, the judge said.