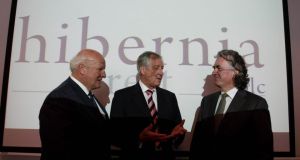 Property investment company Hibernia REIT has invested €445 million invested and committed €43 million in Dublin property in the year to March 31.

Since March 31, the company invested a further €3 million in two transactions.

“At year end the company’s portfolio comprised 18 Dublin properties and was valued at €636 million”.

He added that the company’s commitment to uncovering opportunities away from public sales processes and in the property loan market, where there has been less competition, has been a significant contributor to the uplift in the value of the properties.

The company had €139 million in cash at March-end and a €100million revolving credit facility which is undrawn.

In March Hibernia said it had exchanged contracts to acquire Cumberland House, near Fenian Street in Dublin 2, from Morretino for €49 million.

Earlier this month, the property investment company acquired two properties in Dublin’s south docks for €4.5 million. The properties are located on Lime Street, in Block 11 of the area designated by Dublin City Council as a Strategic Development Zone.

Hibernia said a total of €571 million has been invested and committed since its IPO, with 88 per cent of acquisitions completed off-market.