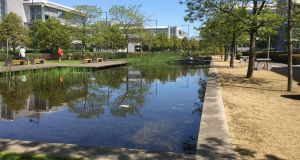 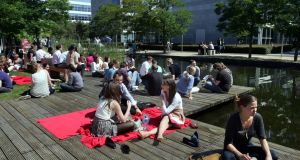 Google is in negotiations to buy an office block at East Point Business Park in the Dublin docklands where it already rents five buildings.

Paddy Conlon of agents CBRE, who acts for Google, said he was not in a position to make any comment.

Should Google acquire Block L, it will mean that it will occupy six office buildings in East Point, the same number as the multinational software company Oracle. There are 37 office blocks in all in the park with an overall capacity of 426,720sq m (1.4 million sq ft).

Meanwhile, the first two office blocks developed in East Point in 2001 are sale agreed at €20 million, according to Weir Conway Chartered Surveyors. The net yield will be in the region of 6.4 per cent. The offices, known as blocks JK, have an overall floor area of 5,878sq m (63,272sq ft) and have been owned by the same group of investors since they were built inside the entrance to the park with expansive views over Clontarf Bay. A recent feasibility study has shown that an additional 20,000 to 35,000 sq ft of office space could be added to the three-storey block JK by erecting a further floor on top of the building and by extending the floor plates to the rear.

Arvato Finance Services occupied the offices as sub-tenants from 2008 and in 2015 negotiated a new 15-year full repairing and insuring lease with the owners starting last April.