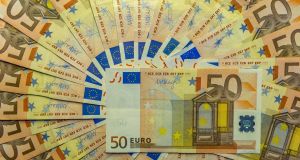 More than half the €1.23 billion worth of mortgages taken out during the third quarter of the year went to first-time buyers despite new Central Bank rules imposing tough limits on such borrowers, the latest figures show.

According to a quarterly report by lobby group, Property Industry Ireland, due to be published today, house buyers borrowed a total of €1.23 billion during the three months to September 30th.

“Around 57 per cent of the 6,494 mortgage drawdowns for house purchases went to first-time buyers,” the report stated. It added that the average amount loaned to such borrowers increased slightly to €172,199 from €166,237 during the three-month period to June 30th.

Estate agents and lenders have criticised the Central Bank rules that ensure first-time house buyers can only borrow up to 3.5 times their gross yearly income and must pay deposits of up to 20 per cent. They claim they are too stringent and likely to dampen demand for mortgages.

Property Industry Ireland said the average mortgage taken out by first-time buyers during the quarter was 4.8 times average earnings. It suggested that some of the loans drawn down during the period were approved in February, before the Central Bank introduced the rules.

“However, the Central Bank measures could still dampen the average mortgage drawdown over the coming months as the new rules are bedded down,” it said.

The report, Property Watch Q3 2015, said websites such as MyHome and Daft indicated that house prices rose by between 6.3 per cent and 8.4 per cent over the three-month period.

Meanwhile, residential rents rose again, climbing 9.3 per cent in the third quarter. The increase was slightly lower in Dublin, where it was 8.9 per cent . Outside the capital it was 9.7 per cent.

During the third quarter, average monthly rent in Dublin stood at €1,409. Nationally the figure was €934 and excluding the capital it was €718.

In the report, the organisation’s director, Dr Peter Stafford, criticised the gaps in the data available on the Republic’s property markets.