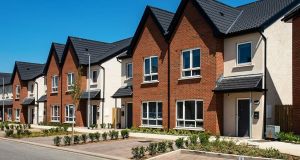 Carysfort Capital, the Irish property investment firm headed by Michael Looney, has paid more than €34 million, excluding VAT, for a portfolio of 102 newly-built houses at the St Edmund’s development in Palmerstown, Dublin 20.

The proceeds of the off-market deal, which was brokered by DNG, were shared between the portfolio’s developer, Martin Lydon’s Grandbrind, and Nama on foot of a licence agreement struck between the parties in late 2016.

Grandbrind secured the licence to build out the proposed scheme of terraced and semi-detached houses after the 9.76-acre site accommodating it was offered for sale by Savills on behalf of Nama-appointed receivers, Grant Thornton, in 2016.

Under the terms of such licence agreements, a developer is given the right to develop a site in accordance with its planning permission following the payment of an initial deposit. The successful bidder is selected on the basis of a published weighting system that places emphasis on price, track record of building similar product and the ability to construct.

Carysfort Capital is understood to have agreed to forward purchase the 102 units at St Edmund’s in the summer of 2017. An examination of the Property Price Register shows the sale was completed on April 16 last.

DNG declined to comment on the transaction when contacted.

Carysfort’s acquisition of the portfolio brings its overall holding at the St Edmund’s development to 262 units. In January 2017, the company paid about €36 million for 160 apartments and 167 parking spaces at the scheme.

At the time of the sale, the homes were producing combined rental income of €2.435 million, giving the new owners a gross initial yield of 6.75 per cent.

The apartments are distributed across three blocks. While 56 of the units had been completed by developer Ray Grehan’s Glenkerrin Homes prior to the crash, the remaining 104 were delivered in 2015 under joint receivers Michael McAteer and Paul McCann of Grant Thornton.

Quite apart from assembling a substantial portfolio at St Edmund’s, Carysfort Capital owns hundreds of apartments and houses in schemes across, Dublin, Kildare and Galway.

The company completed its highest-profile deal last year with an agreement to forward purchase the Six Hanover Quay development in the Dublin docklands from Cairn Homes for €101 million, including VAT.