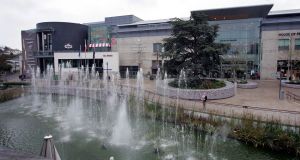 Aside from Dundrum, Hammerson holds a stake in the Ilac centre and the Pavilions in Swords. Photograph: Matt Kavanagh/The Irish Times

Shareholders in Hammerson have delivered a bruising blow to the shopping centre owner as they vented their anger over excessive executive pay.

Nearly 30 per cent of the company’s investors rejected the Dundrum Town Centre co-owner’s remuneration report at its annual general meeting (agm) on Tuesday.

Prior to the agm, investor advisory firm Institutional Shareholder Services (ISS) recommended that the pay report be voted down because of concerns over stock awards and bonuses worth millions dished out to top execs, including boss David Atkins.

This, ISS argued, was an affront given Hammerson’s falling share price and failure to meet financial targets.

Hammerson said in a statement following the AGM: “The board understands the concerns of some investors but notes that the reward structure is in line with the remuneration policy and recent previous practice.

“In the coming months the Remuneration Committee will be undertaking its regular triennial review of the remuneration structure and quantum, prior to submitting the revised remuneration policy to shareholders at the AGM in 2020.

“As part of that review, the views of shareholders and voting agencies will be considered, and further consultation undertaken, to ensure that executive reward continues to be aligned with shareholder interests.”

The embarrassment comes at a sensitive time for Hammerson, which is also behind the Ilac in Dublin city centre in partnership with Irish Life. It is also a stakeholder in the Pavilions in Swords, Co Dublin, along with Irish Life.

In February the firm swung to a loss after a year of retail failures put pressure on property values.

A year ago, it also aborted a £3.4 billion takeover tilt for rival Intu, and fought off an approach from France’s Klepierre. – PA