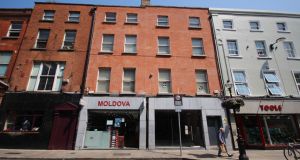 Number 37 and 38 Capel Street in Dublin has been sold to a private investor for €3.5 million 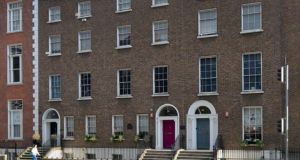 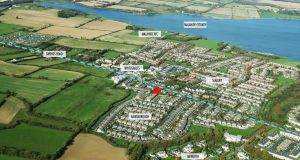 Site on the Swords Road in Malahide 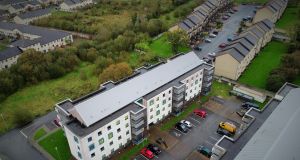 Turley Property Advisors handled the sale of the portfolio, which produces a rental income of €250,000 with potential to increase it to more than €300,000.

The mixed-use development dates from 2006 and is located midway along Capel Street, two doors from the Louis Copeland shop.

One of the two ground-floor and basement shops is vacant and the other is let to Moldovan Supermarket at €50,000 per annum. Moldovan originally traded on a lease of four years and nine months but is now overholding.

The ground floor of the same building, extending to 418sq m (4,500sq ft), has been leased to commercial estate agent Lambert Smith Hampton for 10 years at €50/sq ft.

Edmund Douglas, head of the agency’s Dublin and Galway offices, said the new location and specification will enable them to accommodate their clients more efficiently and comfortably. The new space will also allow for full expansion of Lambert’s Dublin team in the future.

Robert Corrigan of Brown Corrigan handled lettings in the block, which has greatly benefitted from an upgrading including the development of glass extensions at the rear of each of the floors.

UK law firm Pinset Mason is to lease an office suite in the 1WML, the stylish new mixed-use complex being developed in the south Dublin docklands by Hibernia Reit.

The new tenant is to rent 925sq m (9,959sq ft) for €557,500 per year. The lease will include two car spaces and an annual contribution to the reception and townhall space in the building. The 20-year lease will have a break option after 10 years. Pinset Mason will join Informatica and Core Media, which is currently fitting out.

Cushman & Wakefield is guiding in excess of €2 million for a chemist shop and four apartments in Stillorgan, Co Dublin. Bradley’s pharmacy at 5 Lower Kilmacud Road produces a rental income of €97,100 under a 35-year lease from 2003.

A three-bedroom apartment with separate access on the first and second floors of the chemist building is currently vacant. The sale also includes two one-bed apartments and a two-bed unit to the rear of the chemist.

Housing site in Malahide for sale

A site with planning permission for four large five-bedroom houses at Swords Road in Malahide, Co Dublin, goes for sale today through agents CBRE at a guide price of €975,000.

The 0.18 of a hectare (0.44 of an acre) site is currently occupied by a derelict bungalow. It is located close to a number of new and long established housing estates, including Seabury.

Peter Garrigan of CBRE says Malahide continues to attract significant interest as a residential resort because of Malahide Castle and Malahide Marina, as well as the infrastructure links to the Dart and M50.

Selling agent JLL is guiding in excess of €9 million for the profitable McWilliam Park Hotel at Kilcolman Road in Boherduff, Claremorris, Co Mayo

The hotel was built by JJ Rhatigan and opened in 2006. It has extensive conference and banqueting facilities and regularly hosts concerts, social dancing and some of the best country and cabaret performers. It is affectionately dubbed “the Nashville of the west”, according to JLL’s Dan O’Connor.

Student apartments in Limerick for €2.4m

Cushman & Wakefield is guiding €2.4 million for a block of 40 purpose-built modern student apartments at Brookfield Hall Student Village at Castletroy, Limerick. The price equates to only €60,000 per unit.

Ciara McCarthy of the selling agent said she expected significant interest in the investment because of the guaranteed income and the undersupply of purpose-built student accommodation in Limerick city.