Plans for College Green area make it a magnet for investors 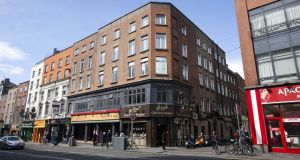 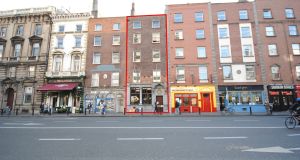 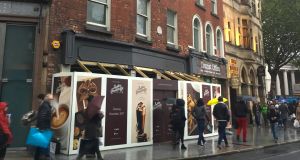 The Luas Cross City route, plans for a pedestrian plaza at College Green, and the recently approved proposals for Hines and Peterson Group’s redevelopment project at the former Central Bank complex, are all providing a major boost to the attractiveness of the College Green and Dame Street areas for occupiers and investors.

Butlers Chocolates has begun fitting out its new premises at 117 Grafton Street, a high-profile unit located near the street’s intersection with College Green. Extending to 68sq m (732sq ft) across ground and basement levels, the property was previously occupied by jeweller Argento, which assigned the lease to Butlers. Argento only entered into the 15-year lease in 2014, paying a rent of €70,000. But it became apparent that the retailer was quitting Grafton Street earlier this year after a planning application was submitted for a change of use.

A number of occupiers, predominantly jewellers and food/beverage businesses, expressed interest in the unit when Argento appointed an agent to handle the lease assignment and Butlers emerged as the preferred assignee.

Until the first rent review, likely taking place in 2019, the chocolatier will benefit from a rent that was set in recessionary times. Between 2014 and now, prime Zone A rents on the street have risen significantly, with further increases anticipated by year’s end.

Michelle McBride, Butlers’ retail director, said that the “Luas Cross City will change the footfall and retail landscape on Grafton Street” and that this was key to the decision to open their 20th cafe at the location, in addition to the planned “pedestrianisation and development of College Green Plaza”.

The deal, which attracted funding from Finance Ireland, closed just a few weeks ago and Bridlewood is understood to have already signed up serial publican Alan Clancy’s NolaClan group to lease the entire building.

The property will be the expanding group’s second premises on Dame Street, after The Oak at the Parliament Street junction. Its other popular Dublin venues include House on Leeson Street, Xico nightclub and 37 Dawson Street. Clancy will need to overhaul the Dame Street building, which is currently laid out as offices and benefits from rear parking via Dame Lane.

“The sale price achieved underlined the increasing values of properties along this popular and busy thoroughfare,” says BNP’s Darren Burke. “It is likely that we will see higher demand for similar properties on Dame Street now that planning has been granted for the retail, office and restaurant element of the former Central Bank”, which is located directly across the street from number 37.

Conlan has invested heavily in the Dame Street vicinity this year through various investment vehicles and joint ventures. As reported in The Irish Times in recent weeks he, along with US-based Grand Coast Capital, plans to develop a new 38-bedroom hotel on Trinity Street, just 40m from Dame Street.

The partners have since lodged plans to develop a second hotel at 59-61 Dame Street. If planning is granted, Shamrock Chambers, a substantial mixed-use building, will be fully redeveloped as a 1,976sq m (21,270 sq ft), 39-bedroom luxury boutique hotel. The ground floor, which is currently divided into multiple units, will be amalgamated to create a large bar and restaurant fronting on to Dame Street, along with a hotel reception area on Eustace Street.

The application has received written support from Fáilte Ireland, which states that “Dublin City is experiencing unprecedented hotel occupancy rates peaking at 94 per cent”.

Fáilte’s latest Situation and Outlook Analysis Report indicates that that overseas arrivals to Ireland from January to August 2017 have increased by 2.5 per cent compared with the same period last year, while Britain’s overseas arrivals are in decline.