Banks demanding ‘up to 50% equity’ for Dublin hotel builds 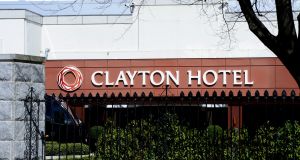 Clayton Hotel (formerly the Burlington): only five hotels opened in Dublin in the decade to the end of last year. Photograph: Cyril Byrne

Irish banks, still chastened by the property crash, are demanding that developers of hotels in Dublin secure up to 50 per cent equity development before winning debt funding, analysts at Davy have cited Dalata Hotel Group as saying.

The comments come even as a shortage of Dublin hotels had the highest occupancy rate last year, at 82.5 per cent, pushing average daily room rates to a record €128, with PricewaterhouseCoopers predicting a further 15 per cent surge over the next two years even as more developments come onstream. Only five hotels opened in the Irish capital in the decade to the end of last year.

“Availability of funding is already an issue for would-be developers, and this challenge will only become greater as further supply comes into the market,” Davy analysts said in a report published on Tuesday, citing a Dalata presentation during the stockbroking firm’s recent annual site visit to publicly quoted real-estate firms. “As it stands, some banks are seeking 50 per cent equity investment in new firms.”

Irish Residential Properties (Ires), the country’s largest private sector landlord that was set up and run by executives at Canadian property investment company Capreit, plans to increase its loan-to-value rate to 45 per cent from 31 per cent.

London-listed Kennedy Wilson Europe, an offshoot of the California-based Kennedy Wilson group, which owns the Stillorgan shopping centre and a number of offices and apartment developments in Dublin, has a leverage ratio of 43 per cent.

Meanwhile, loan-to-value ratios are expected to remain below 25 per cent for Dublin-based and managed Green Reit, Hibernia Reit, Dalata and housebuilder Cairn Homes, the analysts said.

Ires and Kennedy Wilson Europe, which has 31 per cent of its portfolio in Ireland and 56 per cent in the UK, “appear to be the most open to making further acquisitions in Ireland”, they said. “However, all of the companies are now more selective on deals, given the increases already seen in capital values and rents.”

1 ‘Saudi Arabia is where the opportunities will happen in future’
2 State’s biggest landlord records 30% rise in rental income
3 Irish tourism must also help itself to survive the pandemic
4 Data centres will force State to choose between climate and investment
5 Identigen founders make €12m each from sale of company
6 Facebook agrees Irish wind-farm deal with Brookfield in Tipperary
7 Wirecard was looted before collapse, German prosecutors suspect
8 MSD buys Takeda biologics plant in Dunboyne
9 What will the office market look like after the great remote working experiment?
10 Two men face fraud charges over £1.2bn sale of Nama’s NI loans
Real news has value SUBSCRIBE