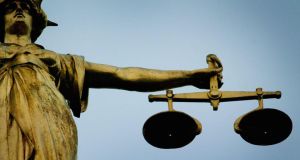 A couple have consented to judgment orders totalling more than €4.3 million being entered against them at the Commercial Court. A two-week stay applies on execution of the judgment orders.

In the Commercial Court Andrew Fitzpatrick, for both plaintiffs, told Mr Justice Brian McGovern there was consent to judgment being entered in the sums sought and to the grant of a two-week stay on execution of those judgment orders.

The judge noted the consent and made the orders in the agreed terms.

In the proceedings, AIB Mortgage Bank claimed it gave a €1.9 million loan to the defendants in 2006 of a 20-year term on conditions including they provide, as security, mortgages on five apartments at Chapel Place, Balbriggan, Co Dublin, and properties at Grace Park Road and Brunswick Street, Dublin, and at Mullingar, Co Westmeath.

It was claimed the AIB Mortgage Loan was substantially in arrears when, in July 2014, the the bank demanded repayment. The defendants had failed to pay any or all of the sum, it was alleged.

The €2.4 million claim by AIB arose from a mortgage given in 2009. Security for that facility included mortgages on properties at Bann Road, Glasnevin Industrial Estate, Dublin; an apartment at Hayworth Mews, Roganstown, Swords, and two apartments at The Richmond, Dublin 7.

It was alleged that loan was also substantially in arrears when AIB demanded repayment in July 2014.