Beyond the book: a whole new chapter in the role of public libraries

The service is changing to embrace technological and cultural advances 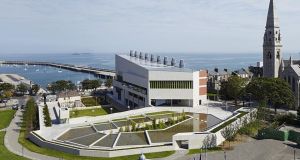 The Lexicon library in Dún Laoghaire: new libraries are about moving from the role of book-lending service to community service 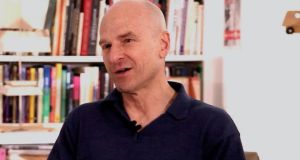 Prof Jeffrey Schnapp: “A study in the US showed one-third of people attending public branch libraries are not looking for books or access to technology, they’re looking for employment.”

A recent BBC investigation found that 343 UK libraries had closed in the past six years with almost 8,000 jobs being lost in the process and a further 111 closures planned for this year.

The findings led author Alan Gibbons to say the public library service was facing the “greatest crisis in its history”. This is the reality facing a service the whole existence of which is being questioned by the inexorable growth of the internet.

What purpose does a library serve when, as Harvard professor Jeffrey Schnapp puts it, “I can access on my smartphone a library that is exponentially greater than the library of Alexandria.”

Prof Schnapp, who co-wrote The Library Beyond the Book says he originally considered calling it “The Library After the Book” but decided against it as he believes the question is “not about afterness, it’s about a simultaneity of media. We need to decouple the standard equation between library and books.”

He argues the idea of the library as simply a book depository was always slightly “mythical” and that they are places of learning and “hybrid multimedia facilities”.

One way libraries are looking beyond the book is through ebooks. They are a growing alternative to printed books even if the sales figures for them dropped this year while printed books rose marginally, according to the Publishers’ Association, supporting the idea of simultaneity rather than replacement.

One of the factors that came out of the association’s report was that strong sales of adult colouring books partly drove the rise. Prof Schnapp believes this could be an indicator of a growing emphasis on “object-like books” as a counterbalance to the rise of online media.

Irish libraries have made efforts to embrace the move away from printed books with all facilities across the country providing an ebook- and audiobook-lending service since January.

The BorrowBox service offers more than 4,000 ebooks across all genres. Just 5,000 people have used the service thus far out of a total membership of more than 900,000. That rate is similar to that reported in a libraryrenewal.org study in 2013 of five US states that found just 6 per cent of patrons used the ebook-lending.

Head of libraries development at the Local Government Management Agency Annette Kelly expects that number to rise, however, as the service is promoted further and overall library membership continues to grow, having risen by 3 per cent last year.

Kelly says “the public library service here is in a far healthier place than in Britain” with 16 new libraries planned and while there has been a small number of closures they are “strategically planned” with the aim of replacing inadequate facilities.

She says the new libraries are about moving from the role of book-lending service to community service. All newer facilities are predominantly self-service, “freeing up staff to help the public” rather than checking out titles.

All new libraries will stay open to the public from 8am-10pm, providing access to reliable broadband, printing and a variety of other services.

Prof Schnapp believes libraries are “as essential as in the mid-20th century” with a possible future lying in a greater civic role. “A study in the US showed one-third of people attending public branch libraries are not looking for books or access to technology, they’re looking for employment.”

He says the single construct of the library we have in our head may no longer be viable and that the coming years may see “a proliferation of libraries, that have different types of function”.

Lifetime education is likely to be one of these functions. He says “online classes have not [yet] delivered on anything like the promises” being made by some people and libraries could play a part in hosting such classes. Initiatives here echo this, with more than 500 courses available online through the public library service.

Libraries across the globe are embracing these new roles and in some cases even the architecture of the buildings is changing, with the Hunt Library in North Carolina dispensing with bookshelves. Instead, the reading rooms are above a vast storage unit with a robot retrieval system bringing items up to users, freeing up room for creative spaces.

Prof Schnapp says just having the ability to get all this information on our smartphones is “not a reason not to go to a library” as libraries are still great guides and gatekeepers.

That belief is also held by Kelly. “There is a sense that since we all have Google we don’t need the filter of a library. I believe we need that gatekeeper more than ever now” to ensure people are getting reliable information.

The public appears to be of a similar opinion with a 2012 study finding 79 per cent of people in Ireland believed libraries were very important to the community.

Prof Schnapp says disruptions such as the growth of the internet and ebooks are “never full replacements, they bring about greater specialisation. They are decisions made by culture” and there is always likely to be a place for the printed book.

Perhaps the same is true of libraries. They may not exist in the form we know them but society is likely to continue to find a place for them.