Battered investors are regaining their appetite for taking a risk 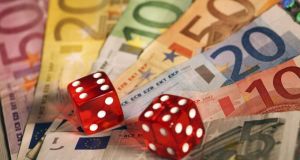 Deposit rates are falling, inflation fears are rising and euro zone concerns continue to bubble away in the background. So what are investors to do to make a return? Take on more risk is the common refrain.

Indeed, if you had put €10,000 into a deposit account earning 3 per cent in interest this time last year, you would now have €10,300 gross. If you had put it into a fund tracking the S&P 500 however, your money would have grown by about 15 per cent, as the US market continues to reach new highs, giving you a total return of about €11,500 gross.

It’s no surprise then that many investors, despite having been burned badly by the financial crisis, are starting to think that now might be the time to hedge their bets and take on a bit or risk by allocating some money to the equity markets.

“People are looking away from deposits and are looking for a bit more risk. They’re getting a bit more confident again,” says financial adviser Gerard Sheehy, adding that up until recently, the market was “dead, dead, dead”.

Now however, he has noticed a rise in Google searches from Irish investors looking for opportunities.

Killian Nolan, head of investments with Rabodirect, agrees. “We saw a noticeable difference from the very start of this year. First of all, we had an increased number of calls coming into our investment centre, with people looking for ways of getting a higher return. Then, the inflows into funds in January were up significantly on previous months,” he says.

One factor behind the move towards taking on risk is the continuing rise in taxes. Dirt on bank deposit interest was pushed up to 33 per cent in the most recent budget, while capital gains tax, which applies to gains on investment funds, was also increased to the same level.

“Tax on these is going up, so the temptation is to try and get a better return,” notes Sheehy.

Another factor is the Cyprus dimension. With the €100,000 guarantee on deposits looking a little less secure than it has done previously, diversifying your money by putting some into an investment fund, can make sense.


Realistic expectations
If double-digit returns were favoured in the past, investors now are just hoping to beat what’s on offer in deposit products. Capital protection is still a key priority.

Sheehy tells the story of one client, whose old with-profit bond matured last week, having posted a net annual return of 3.3 per cent a year over the life of the product.

“He couldn’t believe that it actually made money,” he laughs.

For Nolan, this mind-set is converting into demand for low-risk investment products.

“Traditionally, investors would have favoured the equity high-risk funds like those from Latin America, China and India. But what we’ve noticed now with people coming in is that the appetite for risk is certainly not what we would have experienced in the past,” he says, adding that Rabodirect’s top five funds tend to be either “all-weather funds”, bond funds, or those offering capital protection.


Time to move away from paying for capital protection?
With risk appetite at a low level, the only product many brokers have been selling until now are capital-protected tracker products. These have a dual focus, with a certain proportion kept in a deposit- based account, and the remainder invested in the stock market.

However, they can be expensive, with the premium paid for guaranteeing your capital acting as a cap on potential returns. While disclosure terms on such products are now much better, it doesn’t mean that they are any cheaper. Some surveys suggest such products have fees of as much as 7.25 per cent.

“It’s a failing of the broker market because trackers are an easy sell. Putting in your money and getting back your capital at the end might have been good when things were all over the place, but I don’t think it’s good enough any more,” Sheehy says.

Irish Life is set to launch a new Performance tracker fund, and is promising brokers commission of 2.5 per cent on the sale. If you put €100,000 into such a product, your broker walks away with €2,500.

If you want security you could consider putting the portion of your funds you can’t afford to lose on deposit, and the rest into an investment fund. This will give you exposure to making a potentially greater return but lessen the knock if markets should slide. Unlike a typical tracker product, you won’t have to commit to a long term, or at least not on the investment side.


Declining competition
If you are looking to diversify some of your funds away from deposit accounts to an investment product, you might just find that the number of providers in the market have diminished.

Irish Life has taken over Quinn Life’s popular Freeway funds portfolio, which offered access to markets and sectors around the world for a relatively low fee of 1 per cent a year.

And, while its recent acquisition by Canadian insurer Great-West LifeCo might see it bring more products into the market place, it will also mean that it will merge with Canada Life, which is also owned by Great-West. This will push Irish Life’s share of the market up, and may mean fewer options for investors.

While new entrants into the market have been few, Davy Stockbrokers new Select platform does offer a wide range of options for investors.


Lump-sum or regular savings?
Putting all your eggs in one basket as it were, by investing a lump-sum into a fund can either work for or against you. Should the market rise after you invest, you’ll benefit from a significant bump in your capital. If it goes the other way, however, you might lose more than you had bargained for. In this respect, many advisers recommend an “averaging-in” approach, whereby you regularly allocate money to a particular investment.

This has the dual benefit of allowing you to ride the peaks and troughs of a volatile market by buying your underlying asset at different prices, while also preventing a shock as might happen if you were to invest all your funds at once.

“We say to retail investors that the way to invest into markets is to drip-feed in on a regular basis. If markets go up or down you will benefit from that approach,” he says.

And investors seem to be listening to this approach, with Nolan noting that since last September, Rabodirect has more regular investors than it’s ever had.

For Sheehy, such an approach also makes sense.

“It’s about putting it in all the time – and sticking with it. Don’t stop paying in when markets go down, it comes around again and the people who stick with it get rewarded,” urges Sheehy.

Rabodirect offers access to a wide range of funds from different managers from as little as €100 a month, while Sheehy’s investandsave.ie portal offers a range of Zurich-managed funds with annual charges of 1 per cent. You must first invest €5,000 upfront, however, with contributions of €100 a month feasible thereafter.


But is it too late to invest?
Famed investor Warren Buffet’s advice is to “be fearful when others are greedy. Be greedy when others are fearful”. So if you follow the crowd now, could your timing be off?

As mentioned, US markets have been roaring ahead, while the Japanese market is at its highest point since 2008. But can these bull markets continue?

It’s impossible to know, but most market commentators suggest that volatility is likely to be a factor going forward. So bear this in mind when making a decision.