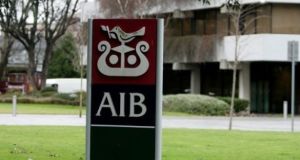 AIB chief executive Colin Hunt has admitted that the bank’s handling of its de facto ban on entertaining mortgage applications from people on Covid pandemic wage supports was “regrettable”. The admission in a letter to the Department of Finance concedes the bank’s approach had not been “clear and transparent”.

Fellow bank chief Peter Roebben admits that KBC Ireland may have to consider selling problem mortgages tied to owner-occupier loans – a move the Belgian dismissed when he took up his role in May last year. He was talking to Joe Brennan.

Cairn Homes says it managed to stay profitable in the first half of the year even as housebuilders were forced to shut down sites during the spike in Covid-19 cases. The listed builder cheered the market with news that the average price of the new homes it specialises in had actually risen fractionally, and now cost over €365,000 after VAT. Ciara O’Brien reports.

Housebuilders could find more trouble coming their way with Barry O’Halloran reporting that objections to felling licences in the last week alone are enough to halt progress on 1,000 new homes. And an auction to lock in supplies for next year is now at risk.

On the demand side, aspiring first-time homebuyers can now start applying for up to €30,000 in tax rebates under the help-to-buy programme that was enhanced in the recent stimulus package, despite evidence that a significant minority of applicants don’t need the money to buy homes at all. Charlie Taylor has the details.

Airlines have been another sector badly hit by coronavirus but CityJet yesterday managed to exit examinership, albeit in a much slimmed down form. The airline has shed tens of millions of euro in debt but also close to two-thirds of its 1,100 staff.

The bad news just keeps coming for some. Dog food maker Arrow has had its plant in Naas shut down this month due to a Covid-19 outbreak among workers that saw more than 50 of them come down with the virus. staff. A factor in the closure of three midland counties, the Queally family business has just filed accounts showing pretax profits slipped 39 per cent last year, writes Gordon Deegan.

In better news, Australian retailer Harvey Norman had a good Covid with online sales more than compensating for business lost in shuttered stores, writes Mark Paul. The retailer is also eyeing a new line of business after being commissioned by the Comer brothers to fit out high end apartments they had developed in Ballsbridge.

Finally Eoin Burke-Kennedy takes exception to new Zealand’s decision to lockdown Auckland once again after the emergence of the first cases in 100 days in one family. New Zealand and Ireland have to find a way to live with the virus until such time as we find either a vaccine or a cure, he argues.