McDonald’s restaurant in Moscow reopens after being shut

Resumption of operations follows clash between company and consumer-safety regulators 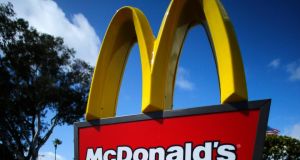 McDonald’s largest restaurant in Russia reopened after local officials shuttered the location for three months, an optimistic sign for a company trying to return to business as usual in the country.

Two more Moscow restaurants that were forced to shut will reopen this month and in January, respectively, after modernising their interiors and equipment, she said.

The resumption of operations at Pushkin Square follows a clash between McDonald’s and Russian consumer-safety regulators, who stepped up inspections of restaurants and ordered some to be closed.

The troubles accompanied mounting geopolitical tensions over the conflict in Ukraine. After the US and European Union imposed sanctions on Russia, President Vladimir Putin struck back with an import ban on certain foods. There have been about 250 safety probes into McDonald’s restaurants in Russia this year, Polyakova said. Six outlets remain closed after court decisions - two in Moscow, one in Sochi and three in Volgograd - and the company will appeal their shutdown, McDonald’s said in a statement on its website.

Russia’s consumer-safety agency, known as Rospotrebnadzor, has also taken the US fast-food chain to court for allegedly understating the caloric value of its burgers and milkshakes and having microbial contamination in other products. McDonald’s arrived in Soviet-era Russia in 1990 and was seen as a symbol of the nation’s rising prospects, helping open the communist nation to foreign enterprise.

While regulators have cited violations of sanitary rules by McDonald’s, the timing and scope of the shutdowns were seen as a response to Western sanctions in Russia.

The Pushkin square restaurant was McDonald’s first location in the country. When it opened almost a quarter-century ago, it drew long lines. McDonald’s has more than 35,600 restaurants worldwide, with 440 in Russia as of the end of August.