Groups says details on 656,723 customers and staff were stolen by hackers 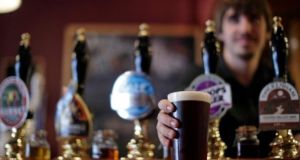 JD Wetherspoon said it had informed all of its customers by email and planned to conduct a full forensic investigation into the breach, in which some credit and debit card were accessed.

Pub chain JD Wetherspoon has become the latest to suffer a cyber attack after 656,723 customer email addresses, phone numbers and dates of birth were stolen by hackers.

The British pub group, which currently operates five bars inthe Republic, said it is not known at present how many, if any, Irish customers might be affected by the cyber attack.

The company said it had informed customers by email and planned to conduct a full forensic investigation into the breach of security, which allowed some credit and debit card details to be accessed.

It added that some personal staff details, registered before November 10th, 2011, were stolen, but no salary, bank, tax or national insurance information was accessed.

Wetherspoon spokesman Eddie Gershon said: “We have emailed all those customers who might have been affected and that might include some in the Republic of Ireland. ”

The Financial Times reported this week that it first alerted the firm to the breach after seeing evidence that personal details have been put up for sale by hackers on the so-called dark web.

The data had been obtained from its old website, which had already been replaced. Its new website had no connection to the website that was breached.

Cyber security has become an increasing concern for companies in Britain following a widely reported attack on telecoms services provider TalkTalk’s website earlier this year which enabled the attackers to obtain some of the personal details of 157,000 customers.

There have also been several high profile cases of cyber attacks in North America including the leaking of details of millions of customers of infidelity website Ashley Madison, while Sony ’s film studios were hit in November 2014.

“We apologise wholeheartedly to customers and staff who have been affected,” said Wetherspoon chief executive John Hutson said in a statement.

“Unfortunately, hacking is becoming more and more sophisticated and widespread. We are determined to respond to this by increasing our efforts and investment in security and will be doing everything possible to prevent a recurrence.”

Wetherspoon currently operates five bars in Ireland, including The Three Tun Tavern in Blackrock, The Forty Foot in Dun Laoghaire, The Great Wood in Blanchardstown, and The Old Borough in Swords. The Linen Weaver, the company’s first pub outside of Dublin opened in Cork city in September.

Founder Tim Martin said in September that the group plans to open an additional five to six pubs in Ireland over the next 12 to 18 months.