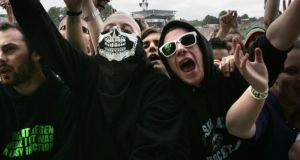 Fear not, the show will go on. Lord Henry Mount Charles reassured rock fans that the new venture would not prevent concerts at the venue 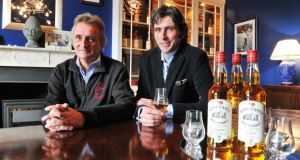 US Distillers Brown Forman, the company behind Jack Daniel’s, has announced a $50 million (€44m) investment in Slane Castle Irish Whiskey.

Up to 25 permanent jobs are expected to be created by the deal, which will see a new distillery opening up on the 1,500 acre estate in Co Meath.

Slane Castle Irish Whiskey was originally launched by the Conyngham family in 2009. It was was originally distilled on behalf of the family by Cooley Distillery but this production arrangement ceased after Irish-owned Cooley was acquired by US company Beam.

Brown Forman said in a statement it had acquired all the shares in Slane Castle Irish Whiskey.

Speaking on Wednesday, Lord Henry Mountcharles said, “the family will remain at the core of the business into the foreseeable future. This is a very long-term partnership and I am incredibly excited.”

Just days after hosting what he called, “one of the best Slane concerts ever,” headlined by US rock band The Foo Fighters, Lord Henry said, “Brown Forman was absolutely the people we wanted to partner with because of their vast experience in the whiskey business. It is a publically quoted company and a member of the Brown family is still chairman of the board.”

He revealed that the Brown family has visited Slane and indeed some of the family were guests at the concert last Saturday.

Lord Henry said “this is a major boost for tourism in the whole Boyne Valley region and there will be 25 permanent jobs created. That is in addition to the construction jobs and this will have a significant positive knock on effect for guest houses, hotels and tourism in general.”

He said he is “thrilled” at the development and “my son Alex and I have been working on this since 2009. It has been something of a long and winding road but with a fabulous conclusion to it.”

“We are very excited about this new venture into Irish Whiskey,” said Brown-Forman chief executive Paul Varga. “Brown-Forman has a long history of bringing great whiskey to the world, such as Woodford Reserve, which we introduced in 1996 and has since grown to become one of the world’s leading super premium bourbon brands.”

“Irish whiskey has been one of the fastest growing segments in the global whiskey category over the last few years,” stated Lawson Whiting, executive vice president and chief brands & strategy officer for Brown-Forman Brands, “and we’re excited to be partnering with the Conyngham family as we build the new Slane Irish Whiskey Distillery and introduce new Irish whiskeys to the world.”

The distillery will be located in the old stable yards on the estate and there will be a Slane Castle whiskey on the market in 2017.

Lord Henry has reassured the rock fans around the globe that this new venture will not prevent concerts at the venue.

“The concerts will go on,” he declared.

Construction on the distillery is set to begin in the next two months.