Ireland, Britain and France face having to fix a system currently unbroken 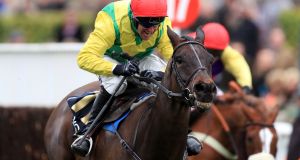 Sizing John and jockey Robbie Power on their way to victory in the 2017 Cheltenham Gold Cup. Photograph: Mike Egerton/PA Wire 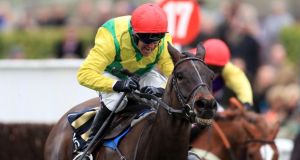 Sizing John and jockey Robbie Power on their way to victory in the 2017 Cheltenham Gold Cup. Photograph: Mike Egerton/PA Wire

Racehorses are generally highly-strung creatures and the better ones often have more than their share of quirks. This year’s Cheltenham Gold Cup winner, the Irish-trained Sizing John, is apparently no exception. On his visit to the Cotswolds venue in 2016, he had to be accompanied by a goat, Harvey, a constant companion in his stable, whose presence helped to calm his nerves.

According to Brian Kavanagh, chief executive of State body Horseracing Ireland, Sizing John’s then trainer Henry de Bromhead had no difficulty getting the British authorities’ approval for the horse’s transport, but it took 10 days for them to give Harvey the green light come along as well.

Kavanagh recounted the story to this week’s British Irish Chamber of Commerce conference on Brexit. His point was that the Republic, the UK and France currently have an agreement that allows effective free movement of racehorses between the three countries.

A horse registered and certified in one can be transported to the other two with virtually no impediment. One of the practical benefits of this can be seen today at the Curragh when horses from all three jurisdictions will contest the Irish Derby.

However, Brexit threatens this agreement, leading to a situation where, as Kavanagh said, the three countries will have to try to fix a system that is not broken in the first place. It is one of the many challenges posed by the UK’s planned departure from the bloc to the Republic’s multimillion-euro racing and bloodstock industries.

The Republic exports €250 million worth of bloodstock to Britain every year. It would not be easy to replace that market or any portion of it. This is particularly the case when it comes to jumps racing, a sport that is in reality limited to here, Britain and France. There is almost no question that the introduction of tariffs, a decline in sterling and a weakened UK economy will all hit Irish breeders and racing professionals.

A series in the Racing Post this week illustrated that most in British racing, wherever they stand on Brexit itself, do not want a change to the status quo. The problem though is that in racing, as in virtually all other industries, by its nature Brexit means a change in the status quo.

As the process moves on, plenty of other sectors are going to emerge with similar conundrums. Few will have been foreseen, but all will have to be solved.