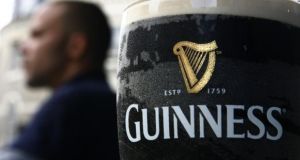 Guinness grew 1.4 per cent to a share of 8.9 per cent in the off trade in Ireland while returning a 32.7 per cent for the on trade

Sales of Guinness rose 1 per cent in Ireland for the second half of 2014, taking the brand back to growth for the first time in six years.

Diageo said however that global sales of Guinness fell 4 per cent on the back of a weaker performance in Nigeria, Indonesia and Britain. The group said the brand grew in a number of African markets, particularly in Kenya, which recorded double digit growth.

In Ireland, Guinness grew 1.4 per cent to a share of 8.9 per cent in the off trade while returning a 32.7 per cent for the on trade.

Sales of Baileys rose by 1.9 per cent in Ireland over the same six month period but global sales fell 5 per cent. In Western Europe, net sales were down 4 per cent. However, sales in the UK were up 2 per cent.

In the spirits category in Ireland, Gordon’s gin gained 4.52 share points to increase market share to 37.3 per cent, despite an overall sprit sales decline.

Diageo said overall organic net sales in the first half were down 0.1 per cent with volume down 1.9 per cent.

Earnings before interest and tax rose 0.7 per cent on a so-called organic basis in the six months ended December 31st.

First-half organic sales fell 0.1 percent, in line with analyst estimates and an improvement on the first-quarter’s 1.5 per cent decline.

“We have improved our performance during the half and we have again shown: the strength of our brands, which is driving our share gains; our strong innovation capability, which has enabled us to access new growth opportunities; and our focus on cost,” said chief executive Ivan Menezes.

“We delivered the planned savings from our global efficiency programme together with procurement benefits in marketing spend which we have reinvested in our brands and we increased our investment in our routes to consumer while again expanding our margins,” he added.