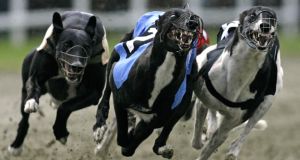 Bord na gCon faces further questioning by a Dáil committee over its financial affairs after the State greyhound racing board defended the costs involved in the purchase and construction of a new stadium and headquarters, which more than doubled its debt to €23 million.

According to Comptroller and Auditor General Seamus McCarthy, the board’s borrowings increased to €23 million from €11.6 million between 2008 and 2011, mainly as a result of the construction of its new offices and track at Greenpark in Limerick.

The board maintains that there was no cost over-run, and points out in a document given to the Dáil’s Public Accounts Committee (Pac) that total building and land costs came to €21.27 million, offset by €1.5 million from the sale of its old office, leaving it with a final net figure of €19.77million. It also argues that construction costs alone were €2 million under budget at €17.7 million.

However, Pac chairman Frank McGuinness TD told greyhound board chief executive Adrian Neilan and chairman Phil Meaney that the committee had a large number of questions that it wanted to put to the organisation, mainly arising from issues that had been raised with individual members and in newspaper reports.

Questions
He said that members would forward questions that had been put to them in writing and warned that the board should submit comprehensive answers.

When the board bought the Greenpark premises in 2007, the vendor, LRC, agreed to provide the infill required to prepare the site for building, free of charge.

However, the board had to pay €1 million for site preparation.

Derek Nolan TD and Simon Harris TD criticised the fact that in spite of legal and engineering advice to the contrary, the agreement that the vendor provide infill was not part of the sale contract.