Gin proves to be the tonic as Irish spirits are raised 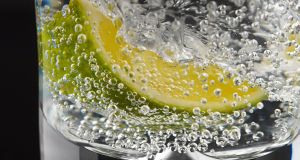 Gin was the fastest-growing spirit locally last year, growing 31.6 per cent in Ireland in 2016

The Irish spirits sector is booming, with exports having jumped by almost a third in recent years. A renewed love of gin locally has also helped sales grow, a new study shows.

The first industry report reveals the number of licensed spirits producers in Ireland doubled between 2014 and 2016 on the back of the spirits boom, as the value of Irish-produced spirits jumped 6.1 per cent last year to €805 million.

The Ibec-affiliated Irish Spirits Association, which compiled the research, forecast that sales will increase further in 2017 as exports of Irish-produced gins make a breakthrough in other markets.

The study shows Ireland is following in the footsteps of Britain and Spain in rediscovering its love for gin. It was the fastest-growing spirit locally last year, growing 31.6 per cent in Ireland.

Globally, sales of gin rose 2.5 per cent last year to 52 million cases due to a revival fuelled by premium brands such as Hendrick’s, Tanqueray No 10 and Caorunn

Despite Ireland’s new love of gin, vodka remains the State’s most popular spirits drink although sales have fallen by a quarter in the past decade.

Overall, 56 per cent of spirits drunk in Ireland are produced locally. The report shows the value of Irish-produced spirit exports increased by 29 per cent between 2011 and 2016, rising from €624.27 million to €805.33 million.

Huge demand for Irish whiskey globally has helped renew interest in locally-produced spirit brands. Sales of premium Irish whiskey have grown 135 per cent in five years and were up 11.3 per cent in 2016 alone to reach 8.7 million cases.

Irish whiskey exports are expected to grow further in the coming years and are on target to exceed the 2020 target of 12 million cases.

The boom comes as overall consumption of spirits in Ireland has fallen by more than 19.2 per cent over the last decade.

According to the association, more than 1,550 people in Ireland are employed in the spirits sector, with wages totalling €88 million per annum.

It warned the Public Health (Alcohol) Bill is a “major threat” to the sector by potentially making Ireland one of the most restrictive countries in the world for marketing alcohol products.

“It will damage competition, deter innovation and it will threaten future export growth,” said William Lavelle, head of the Irish Spirits Association.

1 BOI customers to be charged twice with bank fees on New Year’s Eve
2 Irish designer of Oxford vaccine: ‘I’ve never worked so hard in my life’
3 Covid-19 will worsen housing affordability, report warns
4 O’Flynn and BlackRock to double money with €100m sale of former HP campus
5 Boeing seeks dismissal of Norwegian Air’s €1bn lawsuit over Max aircraft
6 Irish boss of Qantas says Covid vaccines will be mandatory
7 Chris Johns: I think we are on the cusp of an economic boom
8 Norwegian Air’s Irish subsidiaries subject to legal action
9 Being polite in work emails is more important than ever
10 Microsoft to create 200 jobs at new €27m engineering hub in Dublin
Real news has value SUBSCRIBE