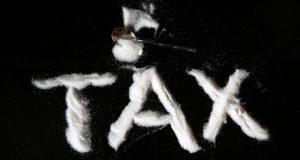 Despite receiving overwhelming support from health groups, the Government’s new sugar tax on sweetened drinks has been slammed by Food Drink Industry Ireland(FDII), who described it as ill-conceived and based on “emotive rants rather than hard evidence”.

The Ibec-supported trade body claimed the measure, which will coincide with a similar tariff in the UK, establishes a precedent of demonising certain food categories and represented an attack on Ireland’s image as a “food island”.

“There is no such thing as a bad food – only inappropriate consumption,” FDII’s Kevin McPartlan told The Irish Times.

“A sugar tax will not reduce consumption of soft drinks. Even if it did, it would not significantly impact on obesity,” he claimed, citing similar campaigns elsewhere, most notably in Mexico.

Mexico has one of the world’s highest rates of obesity with more than 70 per cent of the population classified as overweight or obese. Sugar tax proponents claim the introduction of a levy there two years ago has led to a fall-off in the consumption of soft drinks particularly among poorer households while opponents claim the decline had been under way for decades and has slowed since the introduction of the tax. Mr McPartlan said the move here undermined the industry’s capacity to engage in interventions “which actually work like reformulation”.

The HSE’s clinical lead on obesity, Prof Donal O’Shea, recently equated the act of giving children sugar-sweetened drinks with child abuse. Prof O’Shea also dismisses the claims of lobby groups opposed to the tax, claiming it will have the greatest impact in the shortest space of time.

He also cautions that when the tax is introduced it will have to be policed to ensure that the soft drinks industry do not seek to circumvent it by selling sugar-sweetened drinks at below cost.

Chris Macey, head of advocacy with the Irish Heart Foundation, said the tax was already working as drinks companies were removing sugar from their products to get below the proposed threshold, which would lead to a reduced calorie intake among children and other groups. He also cited research by the Department of Health, which suggested that a 20 per cent price increase in sugared drinks reduced obesity levels by 3 per cent nationally, which equated to 22,000 fewer obese people.

However, Mr McPartlan hit out at what he described as the smearing of industry lobby groups. “ Industry is seen as bad-guy lobbyists while others are regarded as advocates for health. Truth is, industry has been investing in reducing sugar for decades,”he said.

A sugar tax introduced in Chicago earlier this year was repealed after just two months following a litany of legal challenges and implementation glitches and a campaign supported by the American Beverage Association, which is part funded by Coca-Cola and Pepsi.