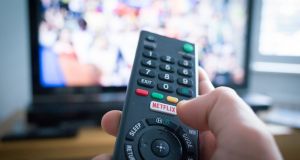 Disney has made the bold move of launching its own streaming service while maintaining relationships with established distributors like Sky in UK and Ireland. Photograph: Getty Images

We are living in an unprecedented era right now, as the world tucks itself in for an impromptu deep-sleep as normal society shuts down temporarily, for an as-yet undetermined period. We’re sailing in uncharted waters on a global scale. In terms of media consumption, audiences are finding a safe haven with trusted news suppliers, realising that fake news and rumour-mill hearsay simply add fuel to the flames of panic.

The irony of our time is that more traditional media brands, many of whom have suffered tough times in advertising revenue lately, are experiencing an audience bonanza at a time where demand is eerily quiet.

Even before the coronavirus impact, video was growing from strength to strength, and this week Inside Marketing scratched the surface of the rapidly changing video market. I caught up with Vincent Flood, editor-in-chief of Video Ad News (soon to be rebranded as VideoWeek), based in London.

In this week's Inside Marketing podcast, Vincent Flood, editor in chief of Videonews.com, talks Dave through the rapidly evolving video landscape and the opportunities for brands during these difficult times. Listen now:

Flood has an interesting and non-typical background. He initially left Ireland for London to do a master’s degree in environmental law and policy, then worked for Greenpeace before following a passion for journalism. He set up a business working mainly with charities doing video production, web design and podcasts before starting Video Ad News.

It’s fair to say that when it comes to the video market, Flood really knows his stuff. Video Ad News is a B2B business providing thought leadership in areas of advertising and tech, with a focus on video and TV advertising. It’s a brilliant website full of insight and research if you are in this industry.

It also runs a series of summits and events around Europe focusing on TV and video. Recently, Flood launched a new venture, afineti.com; an RCS (rich communications services) solutions business helping brands and agencies in the area of ecommerce. RCS is the next generation of SMS, offering enhanced functionality and enhanced multimedia messaging capabilities as well as being designed to create a more simplified user experience in mobile commerce.

We kicked off talking about the impact that coronavirus, also known as Covid-19, is having on the video market. Flood says, “usually video is a supply constrained market, the demand for quality premium video tends to outstrip the supply, but today we’re seeing the exact opposite.”

He talks about the knock-on effect of the current content production blackout, saying it will only be fully realised in the coming months. Production is temporarily ceased, or at least significantly downsized. As we’re continuously seeing postponement and cancellation of major sporting events, all of this creates a content scarcity into the future – even once society has returned to its new normal.

Flood’s view is that now is a good time to advertise, albeit with sensitivity, citing, “when times are good brands should advertise, when they are bad they must”. He thinks brands should, where relevant, stand up during this time, adding that he thinks it’s, “important for some companies to project a level of corporate stability now.”

It’s no surprise to hear that Flood, who in his own words has bet his career on it, thinks the video market will continue to grow. “There’s more meaningful competition now,” he says, a sentiment I fully agree with. Competition is fierce with traditional broadcasters upping their game, recent entrants continuing to burn huge budgets on content and newer platforms and formats entering the market.

Competition fuels innovation, Flood says, and one of the areas where we can expect to see growth is in shoppable video, reducing the friction on the user journey between the point of engagement and the point of transaction.

The video ecosystem has become very complicated and fragmented, but according to Flood it’s where all the action is, “online TV (OTT, Connected TV, etc) is certainly the most exciting opportunity in monetary terms”. Netflix will continue its aggressive content investment strategy, but the increased competition may force it to shift from its subscription-only revenue model.

Usually video is a supply constrained market, the demand for quality premium video tends to outstrip the supply, but today we’re seeing the exact opposite

While Netflix clearly wants to maintain the ad-free user experience, he thinks it will follow in the footsteps of Hulu which offers an ad-free, ad-funded and hybrid model. It makes sense for Hulu, according to Flood, as the streaming subs model breeds a more promiscuous user, people can dip in and out easily, and is not the same as changing cable provider which requires installations, technician appointments and hardware.

In addition to the video establishment we’ll also see competition from new players. Disney has made the bold move of launching its own OTT streaming service while maintaining relationships with established distributors like Sky in UK and Ireland. This quasi-DTC (direct-to-consumer) model gives it the best of both worlds, ownership of customer relationship, revenue and data without impact on reach delivered by its distribution partners.

DTC is interesting in terms of content, and Flood states that, “it makes sense for Disney but comes with lots of risk”. When we think about sports, the Premier League is an obvious example of a company that could pivot from licensing to distribution, but Flood argues that it requires seismic changes to its entire business model.

“It’s a big decision: do they stay in their lane or risk destroying their relationships with existing and proven distributors?” he asks, rightly arguing that the big risk is turning down the already hugely lucrative and significantly easier money on the table from broadcasters. “It could be a very risky strategy to isolate themselves from a lot of the other sporting interests that broadcasters like Sky offer while at the same time getting into a whole new business and everything that goes with that from customer relationship management to always-on content development,” he points out.

Growth is also coming from new platforms in the content space and soon-to-launch platforms. Snapchat is still going, TikTok is gaining traction and Quibi is launching, amidst a maelstrom of market hype, next Monday in the US. Its proposition is “mid-form” video content, which is the latest trend or innovation in video land.

Quibi has significant content budgets and ambitious plans to create a whole new segment of 10- to 12-minute broadcast-quality content. Much of the hype comes from the fact that it has already sold out advertising inventory for year one, bringing in $100 million (¤91 million) in ad revenue. Time will tell whether this was shrewd business from the 10 advertising partners that have signed up, or whether it was a case of over-excited ad execs buying magic beans on the promise of the next big thing to, as Flood says, “reach the unreachable” – the non-TV watchers.

But Flood says he’s not entirely convinced just yet. “I recognise the value it could have in my life, the commute where, because my trip is too short, watching traditional length content is a horrible, punctuated experience.” He says this solution is welcome, but it’s also potentially limited as demand may not be there beyond those occasions where mid-length consumption is needed.

Quibi’s business model is built on mobile. Flood says this makes sense as it’s where we’ll see lots of consumption growth fuelled by 5G. It’s likely that as mid- and longer-form content consumption increase on mobile devices we’ll see the user experience enhanced too: the experience will feel more like that of TV grazing in terms of flipping between different channels. Flood also points to gaming as a high-growth area in the future; he thinks the ad-funded model of top-tier premium games is something we’ll see more of over the next 18 months.

This makes perfect sense: kids want to play the latest platform games but don’t always have disposable income, so a video ad-funded model seems like a great idea and creates a positive value exchange for gamers.