Seven tips to improve your memory

Getting a good night’s sleep, positive thinking and having a good social life are some ways to keep your powers of recall at their peak 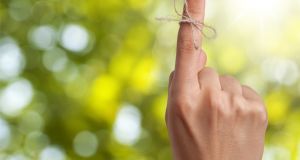 Having an active social life delays memory loss as we age. Photograph: iStock

Sleeping well helps reinforce episodic memories – those associated with time and place. There is also substantial evidence that REM sleep plays a vital role in the consolidation of memories relating to learning motor skills, such as learning to play a musical instrument or ride a bike. Having a full night’s sleep soon after gaining a new skill helps consolidate the processes involved so they can later be performed “on autopilot”.

Stress affects memory in different ways depending on when the stressful event occurs. The rapid release of adrenaline as part of our “fight-or-flight” response can make us more attentive, but the slower release of cortisol disrupts memory-forming processes. A stressful event that occurs well before efforts to form memories can impair recall, whereas one shortly before or after the learning of new information can enhance it. And getting stressed out just before efforts to retrieve memories impairs our ability to do so. Yoga, meditation or other relaxation techniques may help.

Older people are often told to adopt a “use-it-or-lose-it” approach to maintaining cognitive function. In fact, when it comes to memory, research suggests that only certain types of mental activities help. In a 2013 study, US researchers found participants aged 60-90 who spent 15 hours a week for three months learning a complex skill, such as digital photography, saw significant improvements in episodic memory tests. This was not the case for those who did more familiar, less demanding, tasks such as crosswords.

Positive thinking appears to boost memory performance – researchers at Harvard University found they could improve the performance of people aged 60 and above in memory tests by subliminally presenting them with positive age-related words such as “wise”, “sage” and “astute”. Priming others with words such as “Alzheimer’s”, “forgets” and “confused” undermined their performance. Brain scans have shown differences in activity levels in brain regions during memory encoding, according to whether or not individuals believe they have good recall abilities or not.

Memories can be undermined if the brain doesn’t have enough downtime to consolidate them. More than a century ago, German scientists showed that people performed almost twice as well in memory tests if they took breaks. More recently, neuroscientists have shown that some amnesia patients and healthy volunteers are more able to retain lists of words if the task is followed by periods of quiet time.

Having an active social life delays memory loss as we age. US scientists who asked people in their 50s and 60s to do memory tests every other year between 1998 and 2004 found the decline in recall abilities of their most sociable subjects to be half that of the least well-connected. Having good friends, volunteering for charities and other forms of social engagement also protect memory.

Health claims made for many “superfoods” need to be taken with a pinch of salt. What we eat does, however, affects cognitive function. A 2016 research review found Mediterranean-style diets to be linked to slower rates of cognitive decline, Alzheimer’s disease and improved long-term working memory. So stock up on plant-based foods, cut back on red meat and dairy – and use olive oil as your main source of fat.