Women have power to lead the way to sporting success 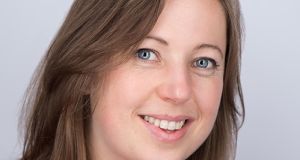 Anna Kessel: “At the Euros, you’ll have all these ads featuring men watching football. Society isn’t telling you sport is for you” 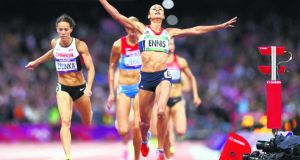 Like many evangelists about women and sport, Anna Kessel found herself teetering on a semantic high wire while searching for a catchy title for her book. Research told her that just sticking the S-word in the title could make half of her target audience rear up and bolt before they had even opened it.

What she settled for sounds like a cute wordplay on the name of a famous memoir of self-discovery, but it’s actually far cleverer, and she has her editor to thank for it. She called it simply Eat Sweat Play. They were the three things, he said, that women were always told they should not do.

Kessel, a sportswriter with the Guardian/Observer and a founding member and chairperson of the UK’s Women in Football group, believes women should be doing a lot more of those things and she has a unique perspective.

This week she hasn’t just published a book. She has also been flabbergasted to receive a surprise MBE – for services to journalism and women’s sport – in the Queen’s 90th birthday honours list. Her 12-year career, particularly a lengthy spell as the Guardian’s athletics correspondent, has taken her around the globe covering elite sport.

Yet as she says herself: “I bunked PE my whole school life and if a ball comes anywhere near my face, I blink. I get nervous walking past a football game in case I have to kick the ball back to someone and spectacularly fail.”

That is an astonishing admission from a woman who has always loved sport and who works in it. It was this irony that made her decide to write a book for what she calls “the lost majority”.

She blames “a crappy PE system” for her own avoidance of playing sport and says most of the women she knows had similar experiences.

Yet she has since learned to love running and is part of the hordes of women embracing and enjoying exercise, a trend so big now that an entire industry has sprung up around them, even prompting fashion designers to start the current “athleisure” fad.

So why aren’t more girls and women participating in organised sport, and why are it and its institutions a largely male preserve?

Since the London Olympics in 2012 Kessel has written largely, but not exclusively, about women’s sport. Yet when approached by a publisher, she eschewed her usual elite sports beat to look at the wider context, such as why so many girls are turned off sport and how women themselves, their sporting organisations and the media might need to overhaul their thinking.

“Ultimately women’s sport is kind of a niche thing,” she says candidly. “I started to think about why that is and how damaging that is for so many women.”

Her book, which is subtitled How Sport Can Change Our Lives, is a manifesto for women of every age to enjoy the life-affirming qualities of sport.

It examines why, for men, sport and exercise are part of the same spectrum, but are not for women. She questions why, “in an era when ‘fitspiration’ has never been so hot, sport continues to be stubbornly cast as unfeminine”.

She has interviewed women as diverse as Sporty Spice to Olympic athletes and coaches about it.

Her book also covers many issues – body dysmorphia, periods, pregnancy, motherhood and the lack of scientific research into the female body and exercise – that are not just ignored but taboo in most sports writing.

Yet it is written in an unpreachy, irreverent, confessional style that is laugh-out-loud funny, like, for example, describing a particular move in gymnastics as: “Yeah, I had to Google it too. It’s gym chat for shit-hot-wow.”

It also contains some page-stopping frankness, including a searingly honest account of what happened to her body when she suffered a miscarriage.

A mother of two girls (aged four and six weeks), Kessel believes many mums, like her, are so alienated from sport in their youth that they haven’t the skills or the confidence to run down hills or kick ball or watch sport with their children (boys and girls), thus perpetuating the myths and stereotypes.

“There’s a lot of women running recreationally now, really impressive numbers, but I wonder how many of them would have played sports if they’d experienced more ball-sports in school,” she says.

She feels a tipping point of sorts has hit Britain, swung by seminal events like the 2012 Olympics and the growing international success of their women’s soccer, rugby and cricket teams.

“The culture on our sports desk has changed massively,” she says. “Previously we were just ‘the sports desk’ and no one else cared what we did.

“No one would really notice before if there was nothing about women in the sports section on a particular day. Now there’s a discussion about it, like, ‘okay, have we got a women’s sports story? What’s going on in women’s sport?’ We have a calendar of women’s sport that we look at.

“None of those conversations happened before 2012. That’s a major cultural change in sports media which I think is phenomenal, and it happened very quickly.

“We’ve a long way to go. There’s a big difference between having a feature about somebody or covering the FA Cup final or an England international, compared to covering the netball or hockey leagues every week. I’m not sure how we’re going to crack that because that’s about resources in sports media.”

She also cites social media, even though many fear its obsessive, almost competitive selfie culture has only increased the pressure on young women to look a certain way.

“Yeah, some days I despair and think social media is making it worse. And then other days, I come across something like [TV presenter] Fearne Cotton and those other celebrities who put out pictures of themselves on Instagram without their makeup, looking normal, with greasy hair,” she says.

“Social media can be part of the solution. It’s unfiltered, so you don’t have to go through the magazine and media culture that creates these idealised images.

“When I started this book, if I Googled ‘Jess Ennis’ the search engine would immediately produce ‘Jess Ennis hot’ or ‘Jess Ennis bum’. The same thing happened when I Googled the word ‘sportswomen’.

“But two years later, that has changed. I had written about it but the person who proofread my book quizzed me about it, because when she Googled them it just didn’t happen.”

Kessel points out that the London Tube network is currently flooded with an advertising campaign featuring Ennis “just looking normal, with her dog”.

“I know it’s a really rare example of a woman [athlete] not being sexed up, but the more of those we can have, that would be great,” she says.

“I want women to wake up and open their eyes to a whole part of life that I think too many of us are ruling out.

“Society rules sport out for you by the way it talks and looks. At the Euros now, you’ll have all these football ads featuring men watching football. Society isn’t telling you that sport is for you.

“I guess I just want to throw open the doors and say, ‘well, actually it is, and here are all the benefits’.”

Eat Sweat Play is published by Macmillan Press and costs €19.99

1 Ireland 23 Georgia 10: How the Irish players rated
2 Ireland’s autumn of discontent continues with abysmal Georgia showing
3 No fireworks but Limerick get the job done against Galway
4 Jim McGuinness: There is a way to save championship and make it competitive
5 Ireland grind their way to grisly win over Georgia
Real news has value SUBSCRIBE
Here is your handy guide to sport on television this week