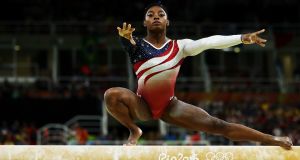 Anti-doping chiefs have condemned computer hackers who claim to have accessed the personal records of Olympic athletes including Serena and Venus Williams and Simone Biles.

The World Anti-Doping Agency (Wada) has confirmed that the Russia-based cyber espionage group Tsar Team (APT28), which is also known as Fancy Bears, has illegally gained access to its anti-doping administration and management system (Adams) database via an International Olympic Committee-created account for the Rio Games.

Wada director general Olivier Niggli said in a statement: “Wada deeply regrets this situation and is very conscious of the threat that it represents to athletes whose confidential information has been divulged through this criminal act.”

Niggli revealed that Wada is currently contacting those athletes involved, and hit out at the actions of the hackers, whom he claimed were trying to undermine the organisation’s efforts to stamp out the use of banned substances.

“We are reaching out to stakeholders, such as the IOC, IFs (international federations) and NADOs (national anti-doping organisations), regarding the specific athletes impacted.

“Wada condemns these ongoing cyber-attacks that are being carried out in an attempt to undermine Wada and the global anti-doping system.”

The attacks are understood to have originated in Russia in the wake of the McLaren report, which uncovered a state-sponsored doping programme which led to some competitors being banned from this summer’s Olympic Games and the blanket exclusion of the country’s athletes at the ongoing Paralympics.

Niggli said: “Wada has been informed by law enforcement authorities that these attacks are originating out of Russia.

“Let it be known that these criminal acts are greatly compromising the effort by the global anti-doping community to re-establish trust in Russia further to the outcomes of the agency’s independent McLaren investigation report.”