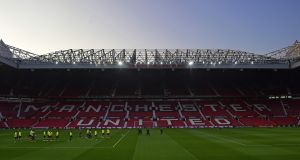 Despite Saul Niguez and Antoine Griezmann giving them an early scare at the Vicente Calderon last night, Real Madrid ensured that they would march into a 15th European Cup final in Cardiff three weeks on Saturday.

Isco’s strike right on the stroke of half time, thanks to some neat footwork by Karim Benzema, was enough to halt the Atletico revival and set up a clash with Juventus in the final.

Meanwhile, Arsenal maintained their push for a top four finish with a 2-0 win over Southampton at St Mary’s thanks to goals from Alexis Sanchez and Olivier Giroud.

This evening Manchester United will look to book their place in the Europa League final when they take a 1-0 lead into their semi final second leg clahs with Celta Vigo, prior to which Wayne Rooney has dropped the biggest hint so far that he may leave Old Trafford this summer.

On to rugby and John O’Sullivan writes in his stats column this morning that the Lions have a considerable task ahead of them just to win the non-test matches down under, never mind the clashes with the All Blacks themselves.

The Chiefs, Highlanders, Crusaders, Blues and Hurricanes all have exceptional records in the Super Rugby Championship this season, winning 31 out of 32 matches.

In our women in sport pages Sonia O’Sullivan looks at the failed sub-two hour marathon attempt, funded by Nike, last Saturday and says that the concept now looks like a real non-runner.

Meanwhile, Ian O’Riordan speaks to Lindsey Peat about her continuing drive for success as she gears up for the Rugby World Cup later this year.

In hurling, Wexford’s Conor McDonald says they are getting on just fine without Davy Fitzgerald and that the intensity in training is still the same as they gear up for this year’s Championship.

Finally to golf and The Players Championship gets underway today at TPC Sawgrass. Rory McIlroy tees it up alongside Dustin Johnson and Justin Thomas just before 7pm Irish time while Shane Lowry and Graeme McDowell are also in action.