Application to wind up football club struck out after agreement reached 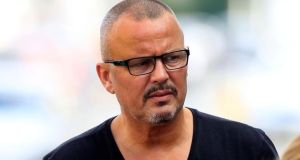 Waterford United’s survival was confirmed this afternoon after an application to wind up the football club was struck out.

Mr Henderson said the company, based at the Regional Sports Centre Cork Road Waterford, was insolvent and unable to pay its debts as they fall due, should be wound up and a liquidator appointed.

Today at the High Court Stephen O’Connor Bl for Mr Henderson told Ms Justice Mary Laffoy that the matter had been resolved and the petition could be struck out.

The settlement was announced following talks between the company and Mr Henderson’s representatives. No terms of the settlement agreement were revealed in open court.

The settlement is understood to be confidential. The resolution was welcomed by a number of Waterford United supporters, several of whom attended today’s hearing in the High Court with their blue and white scarfs.

The winding up application was brought after the company failed to satisfy a judgment of €37,600 made against it in favour of Mr Henderson, The Spires Carrignafoy, Cobh, Co Cork at Dungarvan Circuit Court last December. That judgment was affirmed by the High Court last March.

When the matter was previously listed before the court the company asked for an adjournment as new lawyers had only just come on record. Ms Justice Laffoy in agreeing to the request said the matter would be dealt with today one way or another.

Waterford United released a statement after today’s high court appointment. It read: “Waterford United are very happy that the on-going high court dispute has been today resolved to the satisfaction of all parties, and the club can now move on and look to the future.

“The club would particularly like to thank the Blues fans — so many of whom have put their hands in their pockets over the last couple of days and dug deep once again to help their club, John O’Riordan of Dillon Eustace Solicitors, and the FAI, for all of their help in bringing this matter to a satisfactory conclusion.

“Waterford United Football Club can now move forward in fulfilling its obligations and look to the future one more, starting with this Friday’s Airtricity League fixture at Salthill Devon, and the friendly against Crystal Palace at the RSC on Saturday.”