Original Fifa process said to be ‘radically flawed’ due to corruption 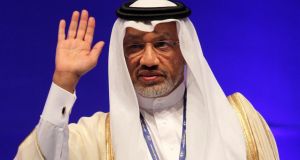 The parliamentary assembly of the Council of Europe has called on Fifa to re-run the vote for the 2022 World Cup in Qatar, claiming in a new report that the original process was “radically flawed” due to bribery and corruption.

The report, following a series of hearings last year, claims that “large sums of money” paid to over 30 African football officials by the Qatari former Fifa vice-president Mohammed bin Hammam helped secure the votes of the Confederation of African Football.

Before the World Cup in June, the Sunday Times published claims that Bin Hammam had distributed more than $5m in cash gifts, expenses and legal fees to officials .

Qatar 2022 has “vehemently denied” wrongdoing and insisted the alleged payments by Bin Hammam were designed to build goodwill for his campaign to dethrone Sepp Blatter as Fifa president rather than win votes for its World Cup bid. It has claimed that Bin Hammam played no “official or unofficial role” in the bid.

But the report’s author, Michael Connarty, having examined the documents obtained by the Sunday Times, said he was convinced they provided evidence of corruption.

“Given the structured action of this scale and the sums involved, there can be no doubt that there was a ‘direct correlation’ between these flagrant irregularities and the outcome of the vote,” he said.

As well as examining documents provided by the Sunday Times and questioning one of the journalists involved, Heidi Blake, the parliamentarians also heard from Fifa representatives.

Connarty said he had concluded “beyond all reasonable doubt” that the payments from Bin Hammam were designed to win the votes of the African members on the executive committee, thus allowing Qatar to eliminate two rival Asian bids – Australia and Japan/South Korea – in the early rounds of bidding.

“In these circumstances, Fifa cannot evade the obligation to hold a new vote under its new rules on the allocation of major events including the World Cup,” said the report. “The claim that Qatar does not have direct responsibility for Mr Bin Hammam’s dealings should not be allowed to validate a procedure so fundamentally undermined by illegality.”

Bin Hammam was banned from football for life in 2011 for offering bribes to Caribbean Football Union officials via former Concacaf president Jack Warner, before a presidential election in which he was the only challenger to Sepp Blatter.

In a draft resolution, the Assembly said it was “amazed” at the ease with which the adjudicatory head of Fifa’s ethics committee, Hans-Joachim Eckert, had cleared the Russian and Qatari bids for the 2018 and 2022 tournaments following an 18-month investigation by US lawyer Michael Garcia.

After Garcia resigned in protest at what he claimed was Eckert’s misrepresentation of his report, Fifa president Sepp Blatter insisted that Garcia’s findings could not be published in full. But he was forced into a U-turn when the Fifa executive committee voted to publish it in an “appropriate” form in the face of external pressure.

Russia and Qatar were awarded the 2018 and 2022 tournaments respectively in December 2010 following a convoluted and controversial bidding process that featured allegations of bribery, vote swapping and collusion.

The report, by the assembly’s committee on culture, science, education and media, also called on Qatar to urgently “take without delay all necessary measures to secure respect for the fundamental rights of all foreign migrant workers employed in this country”. Pressure has grown on Qatar to improve the treatment of the 1.4 million migrant workers tasked with building the infrastructure that will host the 2022 World Cup.

“We need Fifa to be fully on board and for Fifa to make clear that the implementation of human rights standards, and particularly those set by the ILO is a condition with which Qatar and other countries staging football events must comply,” said the report.

The German Fifa executive committee member Theo Zwanziger said last month that Qatar should be given 12 months to implement genuine reform or face losing the World Cup. But Blatter, who will stand for a fifth term in May despite having insisted his current one would be his last, immediately undermined him by saying Qatar would keep the tournament.

The parliamentary assembly report also makes a series of other recommendations around financial transparency, term limits and governance reform.

“It’s about transparency. It’s a dark area of sports governance where you can’t see into the processes, it’s not done publicly. So the public don’t have any confidence,” said Connerty. “It is money that is making Fifa a corrupt organisation and we have to clean that up.” Guardian Service