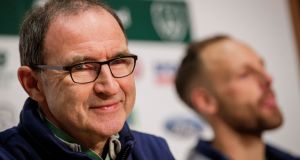 West Bromwich Albion are prepared to take time to consider their options after Tony Pulis was relieved of his post on Monday following a poor run of results that culminated in the 4-0 home thrashing by Chelsea on Saturday, with Nigel Pearson, Alan Pardew and Martin O’Neill among the potential candidates to succeed him.

Gary Megson, who was manager between 2000 and 2004 and returned to the club in the summer as Pulis’s assistant, has been put in caretaker charge and is expected to take control for at least this weekend’s trip to face Tottenham at Wembley. But with West Brom currently only a point clear of the relegation zone after 13 matches, the club’s hierarchy are aware of the importance of making a swift appointment, with the home fixture against Newcastle United next Tuesday quickly followed by the visit of the bottom side, Crystal Palace.

The club’s Chinese owner, Guochaun Lai, and chairman, John Williams, have made Premier League experience a priority, which would appear to rule out both of the early frontrunners with the bookmakers: the Northern Ireland manager, Michael O’Neill, and Aberdeen’s Derek McInnes, who spent three seasons at the club as a player.

Pardew, who gave West Brom’s technical director, Nicky Hammond, his first coaching role at Reading and has been out of work since being sacked by Palace last December, could come under consideration, while Pearson is currently employed by the Belgian Second Division side OH Leuven having previously served as assistant to Bryan Robson at The Hawthorns between 2004 and 2006. Martin O’Neill’s future as the Republic of Ireland manager is unclear despite the 65-year-old verbally agreeing to extend his contract before the World Cup play-off defeat by Denmark but would provide the requisite experience.

Pulis, whose side had won only twice in their last 21 Premier League matches, becomes the fifth Premier League manager to lose his job this season after Frank de Boer, Craig Shakespeare, Ronald Koeman and Slaven Bilic.

“These decisions are never taken lightly but always in the interests of the club,” said the chairman, John Williams, in a statement on Monday. “We are in a results business and over the back end of last season and this season to date, ours have been very disappointing. We would like to place on record our appreciation of Tony’s contribution and hard work during a period of transition for the club which included a change of ownership. We wish him well in his future endeavours.”

Pulis took over at The Hawthorns in January 2015 and West Brom finished 13th, 14th and 10th under him. This season’s dismal form continues a run which began in April. The Welshman replaced Alan Irvine when the Baggies were a point above the relegation zone in January 2015, eventually leading them to 13th. They finished 14th in 2015-16 and came 10th last season but failed to win any of their final nine matches.

Pulis defended his record in a statement via the League Managers Association. “Over the last three seasons we have achieved a great deal and I am proud to have managed West Bromwich Albion,” he said. “I would like to thank the two owners, Jeremy Peace and Mr Lai, the board and fans for their support during my time at West Brom. Jeremy Peace and Mr Lai have played an important role in the off-field success and given the team a platform to build from.

“My remit was to develop the squad and ensure we delivered results which would in turn improve the club’s financial position. We have achieved this year on year and I am pleased to have played a part in the club’s growth. Our final league position in the last three seasons has represented the accomplishment of our targets as a club; sustaining our status in the Premier League and delivering stability, throughout the club’s transition of ownership.” – Guardian service