The six challenges facing Premier League ahead of return to play

From government endorsement, to neutral stadiums, satisfying doctors and testing 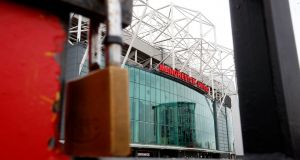 It is understood Premier League clubs have been told the only way to complete the season is for the remaining matches to be played at neutral venues. Photograph: PA

Without UK government endorsement of a return to play, nothing can happen. Since the beginning of March, when games were still being played in front of paying crowds, the Premier League has said it would follow government advice on the best way to respond to the Covid-19 pandemic.

Now everyone in the game is waiting to hear what proposals Boris Johnson will make in a televised address on Sunday regarding lifting lockdown restrictions, and – so goes the hope – the work done by government to underpin them.

The Premier League has been lobbying government to be allowed to return. The government wants football back “as soon as possible”, according to the culture secretary, so that, in the words of the foreign secretary, it can “lift the spirits of the nation”.

There remains, however, significant uncertainty as to the details of any government measures and the time frame in which they will be implemented. There must be some concern that the Premier League finds itself in a halfway house this weekend; not prevented from restarting but not guided as to how it should go about it.

If the UK government gives football the thumbs-up, attention turns to the key parts of any attempts to complete the season: two protocols, one for a safe return to training, the other to enable matches.

Under current ambitions there is hope for a return to training on May 18th and matches roughly three weeks later on June 8th, before a seven-week blitz that would allow the season to be completed by the end of July.

A lot of work has been done on both protocols, but neither is complete. Government advice is partly the cause but there are other unresolved issues. The protocols must be approved by 14 of the league’s 20 clubs in a vote if they are to be taken up.

As part of the work of developing the protocols, club doctors were asked to analyse proposed measures and come back with questions. On Monday the Premier League Doctors Group presented league officials with 100 of them.

This huge response is believed to have come from a small number of doctors, maybe as few as four. Some of the questions relate to associated issues such as liability in the event of an insurance claim or particular characteristics of the Covid-19 virus. But the sheer number sends out a signal: there is significant work to be done.

One of the phrases being used in Premier League circles is that a return to training will be “safer than a trip to a supermarket”. But that may not be setting the bar sufficiently high. A number of the doctors’ concerns related to the effects of physical contact, an entirely necessary part not only of matches but also training. You can’t have football with physical distancing, but can you keep the virus at bay without it?

Central to the success of a return is Covid-19 testing for players, staff and anyone required to help the staging of games. Estimates of the number of tests required start at 40,000 but could go much higher. The Premier League has acquired testing facilities and is confident of being able to privately secure the tests required (with a cost of upwards of £4m). This can be done without impact on NHS and public health needs, it insists. Whether that perception will get through to the public, and not be seen as inappropriate even if it does, remains to be seen.

On the protocol that will determine a return to play, the use of neutral grounds has become the key sticking point. Games cannot be played in front of crowds but league officials are believed to have presented the use of neutral grounds too as a fait accompli during a shareholders’ meeting last week. They are necessary, they argue, to gain the support of the police – who expressed concerns about crowds gathering outside venues – and also to guarantee safety, with some stadiums deemed impractical to achieve physical distancing.

St George’s Park, the base for England training, is one venue that could be used as a neutral venue.

While much of the debate around Project Restart has been done in private, some club executives have spoken out on the issue of neutral grounds. Brighton’s chief executive, Paul Barber, said they had “the potential to have a material effect on the integrity of the competition” and on Wednesday his Aston Villa counterpart, Christian Purslow, expressed similar views. Both clubs are threatened with relegation and some feel neutral venues are being used as an excuse to call for the season to be curtailed. But there is no doubt that the absence of crowds and home advantage will materially change the competition.

If the UK government says yes and the protocols are completed and the clubs vote for them, then all that’s left is to persuade the people who will actually complete the season: the players. Eighty stand to be out of contract at the end of June, setting up another potential pinch point (again, still to be resolved). But more importantly, there is the issue of persuading men who often have young families to take a leap of faith that they will be able to compete safely. Not many have chosen to air their feelings on the subject but those who have have been afraid. With things as they stand, who can blame them?