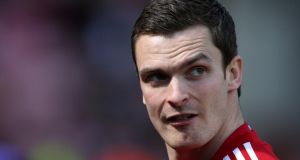 Dick Advocaat will wait until next week before telling Sunderland whether he wants to remain in the manager’s chair for next season or retire. Although the 67-year-old Dutchman’s contract at the Stadium of Light was originally intended to be strictly short-term he has impressed Ellis Short, Sunderland’s owner, and Lee Congerton, the sporting director, since succeeding Gus Poyet in March.

Yet, if it appears the board may be willing to shelve plans to hire a younger coach this summer in order to stick with the former Holland manager, Advocaat has still to make his intentions clear.

Only last week he dropped strong hints about staying on but the past few days have seen reports in the Netherlands suggesting his wife will not countenance him accepting a new deal on Wearside.

As he prepared for tonight’s trip to Arsenal – where Sunderland require a point to guarantee their Premier League survival – Advocaat seemed to be quite enjoying keeping everyone guessing. “I have not made a decision yet on my future,” he said. “I have not given Sunderland an answer, either one way or another. I will not do that until next week. Nobody knows yet what I will do. But so far I have really enjoyed it here.”

Advocaat could well name Adam Johnson in his starting XI at the Emirates.

Johnson will arrive at the Emirates little more than 48 hours after his appearance at a case management hearing at Peterlee magistrates court where his solicitor indicated he would deny three charges of sexual activity with a girl under 16 and one of grooming.

With Hull, particularly, and Newcastle United in even greater jeopardy of relegation, the probability is that Sunderland will survive regardless but real risk remains and Advocaat would prefer not to visit Chelsea on Sunday still seeking that elusive point.

Not that his demeanour will betray any nerves. “A relegation battle is new for me and I don’t like it. I’m used to working at a higher level, challenging for Championships and cups.

“But I learned a long time ago never to show signs of pressure,” he said. Guardian Service