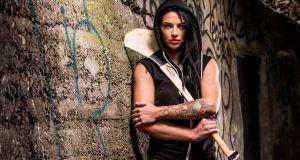 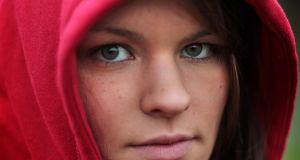 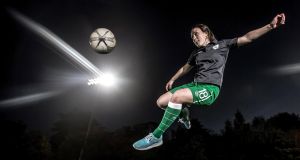 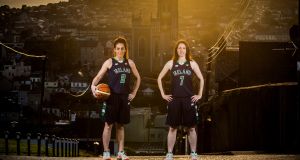 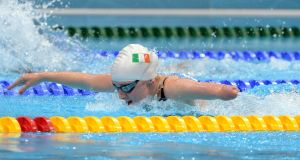 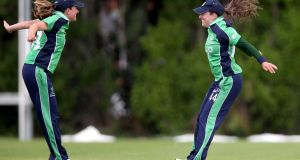 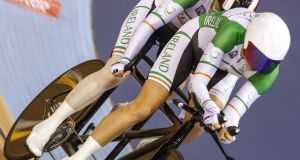 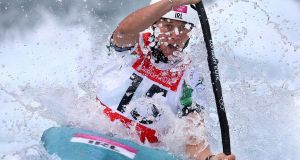 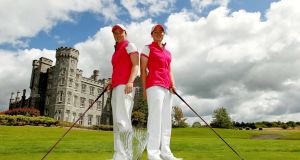 One shows the Waterford woman practising her kicking alone in a stadium, a near daily routine since she began playing rugby 10 years before. The second depicts her unbridled joy at the final whistle after Ireland beat New Zealand at the World Cup. The third shows her tearful devastation after losing to England in the semi-finals.

The sequence captures it all, the lonely behind-the-scenes work and dedication, the soaring highs and the shattering lows.

Most, if not all, of the 14 nominees for the 2015 Sportswoman of the Year award, Briggs being one, could relate to that rollercoaster, even our four-time winner Katie Taylor has had an off-day or two during her career – although, they’re hard to recall now.

In terms of recognition, Briggs, her team-mate Sophie Spence, Taylor, jockey Katie Walsh, the Irish Grand National winner, golfer Leona Maguire and GAA dual stars Rena Buckley and Briege Corkery probably receive closer to what they deserve than the rest of the names on the list, coming as they do from the sports that get the bulk of the coverage.

Still, it’s not enough, and there’s a fair old distance to be travelled yet before we see our top-achieving sportswomen given the column inches they merit. And when it comes to “must do better”, we’re most certainly not excluding ourselves.

So, we’ve decided to devote a section of the sport pages on a Thursday solely to women in sport in an effort to highlight the careers of competitors, coaches, those involved in the media, and so on, many of whom remain unheralded, their stories largely untold. At the same time, we’ll strive to do way better when it comes to overall coverage of women’s sport Monday to Saturday in the main pages.

Well, since RTÉ started their Sportsperson of the Year awards in 1985, just three women have triumphed – Sonia O’Sullivan (a multiple winner), Michelle Smith and Katie Taylor.

That’s not to say that the likes of Roy Keane, Rory McIlroy and Tony McCoy didn’t merit their gongs, it’s just it’s very hard to compete with sporting behemoths who do their work in areas that receive saturation coverage.

So, the Sportswomen of the Year awards have, by common-ish consent, worked well, helping, in a small way, to highlight the annual achievements of competitors who aren’t hailed half enough. Our 2007 winner, for example, was getting limited enough attention back then, but she’s gone on to do alright.That’d be Katie Taylor.

The thinking behind this new section, then, is much the same, just a space to share the stories and celebrate the contributions of women to Ireland’s sporting story.

Ultimately, we hope there won’t be any need for such a section, but until we all do better, it’s a start.