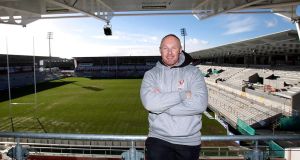 Neil Doak has emerged as the strong favourite to succeed Mark Anscombe as Ulster head coach, with the province expected to make an announcement in the next week or two.

While Les Kiss has been operating as the interim director of rugby following David Humphreys’s departure to Gloucester, the well-regarded Doak has been working as the de facto head coach in pre-season, and then last week’s 32-all draw away to Scarlets as well as last night’s win at home to Zebre in the Guinness Pro12.

Following the unexpected departure of Humphreys last May and Ulster’s decision to dispense with Anscombe, the IRFU had effectively loaned Kiss, the Irish defence coach, to Ulster as a means of giving the Ulster management some structure.

Hence, Ulster are not in any great rush to make long-term decisions. Nonetheless, the increasing likelihood is that Ulster chief executive Shane Logan will make Doak’s status long-term. Kiss was partly brought in due to Doak’s delayed return for pre-season following his involvement with the Emerging Ireland squad in Georgia.

The 42-year-old, Lisburn-born former Ulster scrumhalf played 76 games for the province before retiring from representative rugby in April 2005, and also played cricket for Ireland 32 times, as a right-handed middle order batsman and offspin bowler.

Selected on the bench against Fiji in 1995, and one of three scrumhalves at the 2003 World Cup, Doak never made it onto the pitch and was thus prevented from becoming Ireland’s first dual rugby and cricket international since Raymond Hunter in the 1960s.

A keen student of the game, Doak wasted little time in assembling his coaching badges and having worked as the Ulster under-19 coach and under-20 assistant coach, he has long since been seen as a key creative force in Ulster’s attacking game as a backs and skills coach.

Doak was also backs’ coach on Ireland’s North American tour of 2013 alongside Kiss and Anthony Foley, and indeed it is rumoured that Foley’s admiration of Doak is such that he sounded him out about the possibility of working with him in Munster.

Entering his 10th season in the coaching game, Doak now appears primed for the role of Ulster head coach, and speaking at the Guinness Pro12 launch in London a couple of weeks ago, he pointedly didn’t rule himself out of contention.

“Obviously I am in the business of trying to challenge myself and I obviously have designs to become a head coach. It might be at Ulster, it might be elsewhere.”

Having perhaps staved off interest from Munster in the close-season, Ulster would be loath to see the latter come to pass, so highly thought of is Doak by the players and rest of the management.

Similarly, the departed Humphreys held Allen Clarke in equally high esteem and it is believed that the latter came even closer to leaving Ulster by following Humphreys to Gloucester during the summer.

A former Ulster and Ireland hooker, Clarke has previously served as an assistant coach at Ulster to Mark McCall, as the IRFU high performance manager and Ulster’s elite Performance Manager, before doubling up as their forwards coach in mid-August. There seems sure to be a role for Clarke in the new structure, with Jonathan Bell also remaining as defence coach.

It could be that Clarke is being considered for the director of rugby role vacated by Humphreys, although there have been no indications as to who is in line for this position.

There is no obvious replacement from within for Humphreys, much less a similarly qualified one given his 20-year association with Ulster as their most capped player ever whose recruitment drive as director of rugby did so much to transform the province. But Doak is now the most obvious candidate to become head coach.