Coach calls for ‘big effort’ ahead of Munster, Castres Olympique and Montpellier clashes 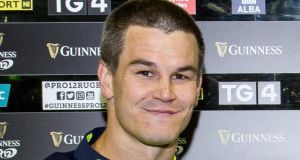 You get the feeling Leinster are warming to the task of making up for last season’s poor performance in the Champions Cup last season and if they can put Munster away this weekend then they will go into Europe in excellent shape.

Away wins in Edinburgh and now Cardiff have helped to give them four wins in their first five matches in the Guinness Pro12 and the two big clashes with Top 14 clubs Castres Olympique and Montpellier are now coming more sharply into focus.

And if they can match the defensive power and attacking intent they displayed at the BT Sport Cardiff Arms Park throughout their Pool 4 campaign then they could be back in with a shot of reaching the knockout stages once again.

“Cardiff . . . certainly had to dig deep in the end to get the win. The side showed good character, but there were a lot of things we could have done better in the game,” said Leinster coach Leo Cullen.

“It was a bit scrappy and disjointed at times, but we are happy to come away with four points.

The decision of Irish referee Dudley Phillips to send Josh Navidi to the sin bin for the final 10 minutes of a nail-biting game angered the home crowd. It also gave Jonathan Sexton the chance to kick the match-winning penalty after the game had been stuck at 13-13 for a full 20 minutes.

Kiwi scrumhalf Jamison Gibson-Park showed his opportunist streak when he spotted Navidi trying to get back into the defensive line in the shadow of his own posts after Leinster had got up to with 15 metres of the Blues line. He simply passed the ball at Navidi to pick up the penalty and must have thought it was Christmas when Mr Phillips added a yellow card.

Gareth Anscombe led the charge with two penalties and a stunning try and conversion. The try came from a rip out of the tackle by Nick Williams and Anscombe was sent racing through the first line of Leinster defence before sprinting 30 metres to the line. Cullen had some stern words at the break and it didn’t take long for his side to level.

Sexton kicked a 45th minute penalty and then Rhys Ruddock was driven over from a five metre line-out. That levelled things up at 13-13 after 50 minutes and it was almost a case of which side would blink first.

The Blues’s second-string frontrow came on to make an impact at the set piece, but Leinster kept on plugging away and eventually they found a way to eek out the match-winning score.

That piece of cunning play from Gibson-Park did the trick, although a 14-man Blues side came on strong in the closing 10 minutes in pursuit of a response. It took more dogged defence from Leinster to keep their line intact and Cullen will be looking for the same again when Munster arrive in Dublin on Saturday.