Ireland v Wales: Where the tactical battle will be won

Robin McBryde, Shane Williams and Victor Costello try to predict where and how the Six Nations match at the Millennium Stadium will be won 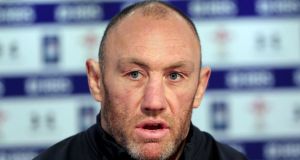 Robin McBryde: “You’ve got to be confident going in against Ireland” 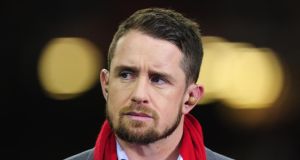 Shane Williams: “Joe Schmidt is one of the best tacticians I’ve certainly seen as a coach.” 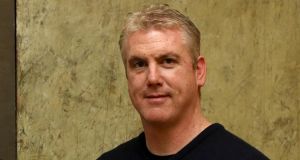 Who wins the tactical battle?
“I don’t think there’s a secret to beating the Irish. You just have to work hard and be on top of your game. They’re a very tactically astute team and you’ve got to be confident going in against them and you’ve got to have your work done. Everything that has gone on off the field is insignificant. It’s all going to be on the day.”

Most important player on the field? “It’s a different Ireland team without Paul O’Connell there. Some of our Lions have been sharing some of the experiences they had with him on the last Lions tour. They all commented on how hungry he is to keep learning. He always did extras at the end of training, and those small little things tell you a lot about someone. And as regards to someone who reads the game well, knows exactly the right thing to do and who approaches referees to get an understanding, I don’t there’s anyone better in that role.”

Which is the better team (not the best coached), the better team? “Well, Ireland are on a bit of a roll at the moment – 10 on the bounce wins. That in itself speaks volumes. Looking in from the outside they seem a very happy camp. They have 100 per cent clarity and play with a lot of intensity. They are up to third in the world rankings. If you base your decision on that, then they are the best Ireland team we’ve faced.

Who wins the tactical battle? “Joe Schmidt is one of the best tacticians I’ve certainly seen as a coach. I’m sure Ireland’s tactics on the weekend will be to stop Wales playing with any tempo. They have been the better team at tactically working teams out, choking teams, not only in the choke tackle, but they seem to be choking teams into submission. If Ireland manipulate Wales into playing the way Ireland want to play on Saturday, it’s going to be an easy Irish victory.

“There’s a lot of pressure on the likes of Rhys Webb and Conor Murray. Whichever halfback combination works the best will win the game.”

Most important player on the field? “I think there’s going to be a lot of kicking and Johnny Sexton for Ireland will be key and for that reason it’s going to have to be a big game for Dan Biggar. He’s playing against possibly the best 10 in the world right now so Dan has to make sure his own kicking game is effective. He’s going to have to match him and play better than him.”

Which team is better? “Statistically and form wise Ireland are the better team after winning 10 games on the bounce. They will be favourites going into the game. However, with Wales, I do feel there is a bit more to come from them. Didn’t do well against England, certainly in the second half, third or fourth gear against Scotland but I thought they played particularly well against France. Setpiece went really well which is uncommon for Wales really.

“Man for man and physicality wise, they’re very evenly matched. Sometimes it’s just a tactical arm wrestle and I think that’s going to be the case on Saturday.”

Who wins the tactical battle? “Warren Gatland hasn’t been talking as much as usual. If you are doing video analysis of Ireland you wouldn’t know where to start; they have an outstanding kicking game, there’s a running game, an improved power game now Seán O’Brien and Cian Healy are back and Simon Zebo makes them unpredictable.

“But Warren Gatland’s a far superior tactician to Stuart Lancaster. Wales will focus on putting pressure on Ireland’s setpiece, like the lineout and Mike Ross at scrums. They will also come at them with something new.”

Most important player on the field? “Dan Biggar. It’s a real battle of the outhalves. Johnny Sexton is the best player in the world but he’s not a robot either.”

Which team is better? “They Welsh are big hard men but Ireland have the better individuals. I think we have only reached about 40 per cent of our capabilities. Jamie Heaslip’s return will free up Seán O’Brien and Peter O’Mahony. Ireland have a lot of fire power that hasn’t been used.”