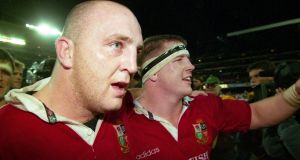 The British & Irish Lions tour of South Africa may not take place next year if supporters are not allowed to attend due to Covid-19 restrictions with the host union’s chief executive Jurie Roux admitted having no spectators would not be “commercially viable”.

Roux also said that postponing the tour to next autumn was “highly unlikely” because of the already cluttered nature of the global calendar, raising the prospect of a delay until 2022 at the earliest. If the current travel restrictions imposed on South Africa were in place next summer, Lions supporters would not be able to travel.

Roux is optimistic that the situation will have improved by next July but issued a stark warning if it does not. Lions tours have traditionally been hugely lucrative for the host country – the 2017 tour ensured a profit of around £20 million (€22.2 million) for New Zealand Rugby – while the Lions made £7 million (€7.75 million).

A new business model for next year’s tour, with more evenly split revenues and just last month Vodafone was unveiled as the Lions main sponsor in a deal worth upwards of £6 million (€6.65 million). With mechanisms in place for supporters who had bought tickets for a refund, if the tour does not take place next year it could be hugely damaging to the finances of both South Africa and the home nations, who split any profit the Lions make.

“No spectators and an inability for people to travel would commercially not make this viable and there would be a serious reconsideration on how we then continue in terms of the tour,” said Roux, when announcing South Africa’s ticket pricing strategy for the tour on Tuesday. “We are assessing that on a weekly and monthly basis.”

Earlier this summer discussions over potentially moving the tour to October to align with a new global calendar took place but ultimately it was decided that it would take place in its usual summer slot with the Lions confirming the original dates of the eight-match tour last month. With the French and English clubs rejecting proposals to permanently move the summer Test window to the autumn however, Roux does not envisage postponing next year’s tour to October and November.

“In terms of moving the dates of the tour to a later stage next year – given the decisions around the global calendar – would be unlikely,’ he added. “It would probably mess with PRL, Pro 14 and a few other dates, which would make it highly unlikely.” – Guardian