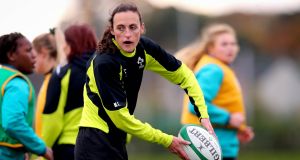 France have agreed to switch the final Six Nations match against Ireland to Dublin next Saturday. The fixture was initially scheduled for Lille but the French Federation accepted that several Irish players could not commit to 14 days of isolation on their return home due to “responsibilities to their families and employers, some of which are in the teaching and medical communities,” read an IRFU statement.

The Department of Sports confirmed that any “derogation from the guidelines could not be granted.”

“We are extremely grateful to the French Federation and their women’s team for this superb act of solidarity,” said IRFU chief executive Philip Browne. “To experience such generosity of spirit is uplifting and goes to the very heart of what the sport of rugby, and the Six Nations, is all about.”

The news provides a much needed boost for Ireland coach Adam Griggs following a week when he would have related to Republic of Ireland manager Stephen Kenny. The squad to face Italy must do without fullback Eimear Considine and replacement prop Laura Feely due to “inconclusive outcomes” from Covid testing.

This forced two late changes with Laura Sheehan coming onto the wing, as Lauren Delany switches to fullback, and Leah Lyons is promoted to the bench.

The information was released to the media at 4.29pm on Thursday. By 7.48pm it was revealed that “the women’s player that had an inconclusive Covid-19 test result has tested negative in her most recent test.”

Considine and Feely were “no longer required to self-isolate” but they are not allowed rejoin the squad until after the match against an Italian side that beat Ireland 29-27 in Parma last year.

When asked why both players could not now play against Italy, the IRFU replied: “It would be inappropriate to comment on confidential medical information.”

Despite all the disruptions, Ireland appear to have added a physical edge to their pack – Linda Djougang and Dorothy Wall in particular – with the stage is set for 18-year-old Beibhinn Parsons to take up where she left off last February; scoring spectacular tries.

“We just had a look at Hannah’s skill sets really,” he explained. “She is a great reader of the game. Her scanning is brilliant, she sees opportunities, and now we have more time with her, she has stepped away from the Sevens, it was something I discussed with her. We have thrown her in there in the last few weeks at training. The one thing we do not lose is her attacking threat.

“She will have her hands on the ball more and will obviously have to make more decisions and that will have to come a lot quicker than playing fullback and wing but so far what we have seen we like. We think that she certainly has the right skill set to be successful at this level.”