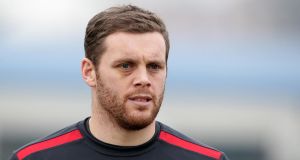 Neil Doak has made seven changes to the Ulster side which beat Treviso in Italy last week for Saturday’s more daunting visit to face Toulon at the Stade Mayol.

Darren Cave will line up at outside-centre for his 150th Ulster appearance, and he is joined in the midfield by fellow Ireland international Stuart Olding.

Jared Payne will start at fullback for the first time this campaign, with Louis Ludik coming in on the right wing in place of Tommy Bowe.

Michael Allen will start on the left wing, with the half back pairing of Paddy Jackson and Ruan Pienaar making up the rest of the back line.

Doak has named a completely new frontrow of Andrew Warwick, Rob Herring and Bronson Ross who is making his debut in a white shirt.

Franco van der Merwe returns in the secondrow alongside Alan O’Connor after recovering from an illness, while Clive Ross, Mike McComish and captain Roger Wilson make up the backrow.