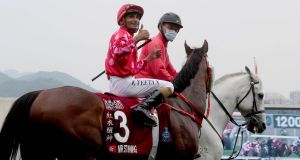 Jonathan Shalit probably meant well, but when the man who describes himself as “London’s most influential talent manager” tweeted this – “If you don’t come out of this quarantine with 1) a new skill, 2) your side hustle started, 3) more knowledge, you never lacked time, you lacked discipline” – he got so many replies that contained two words, the second “off”, he ended up having to delete his motivational message.

But while acquiring a new skill can take way too much effort, as those of us who queued up at Lidl last week to buy a trumpet soon learnt, and starting your side hustle is a challenge when you don’t even know what a side hustle is (apparently it’s a kind of a nixer), there’s no excuse for any of us not to emerge from this lockdown without having acquired more knowledge.

And not to blow one’s own Lidl trumpet, but mission already accomplished: in Formula E you get penalised for disrespecting the homologated throttle pedal map. Drop that nugget in to any conversation and glow in the startled response.

If it wasn’t for tuning in to Eurosport 2 over the weekend to watch the Formula E-Prix in Diriyah, Saudi Arabia, this new knowledge would have been lost to us, three drivers in all penalised for fiddling with their throttles.

Sam Bird had no such problems, the English man winning the race after starting fifth on the grid, putting his success down to his new vegan diet – which didn’t make a great deal of sense to us Formula E novices, unless it meant he ended up so skinny from the lack of proper food that he was actually able to fit in the cockpit.

But it was a highly enjoyable contest, the quality of the racing a surprise to those of us who assumed ‘Formula E’ consisted of competitors who had only just got their driving licenses – with Formula F presumably featuring learner drivers who had to be accompanied by someone with a licence in the cockpit. Now, of course, we know that E refers to these being electric cars, so that’s yet more newly acquired knowledge.

The only disappointment with the whole thing was when we, the viewers, were invited to interact with the race through “Fanboost” where you’re invited to vote for your favourite drivers to receive a five-second burst of power during the second half of the race.

Naturally, out of sympathy, we chose the penalised throttle-fiddlers and then noted with dismay that their bursts of powers had absolutely no impact on their speed. It was only after some time that the reason for this became apparent: the race took place last November.

Perhaps it should have been obvious that it wasn’t live, what with the current climate, but there was live horse racing from Hong Kong earlier in the morning, so we were back in the swing of live sporting things.

There are, of course, no spectators allowed in to the racing and all connections, officials, media folk, etc, have to wear masks, including Sky Racing’s Andrew Le Jeune. “Muffle, muffle, muffle,” he asked jockey Zac Purton after he rode Exultant to victory in the Queen Elizabeth II Cup. “Muffle, muffle,” Zac replied. He was, then, exultant.

The winner, by the way, was once called Irishcorrespondent and grew up in the Kildare fields of Doneaney before emigrating to Hong Kong where he was renamed. If he was a ship, of course, this would be unlucky, but evidently having a new moniker has done him no harm at all. And at least his new owner didn’t give him a name like Fat Turtle who ran in the previous race, amply socially distancing himself from the winner by finishing third last.

The man back in the Sky studio, meanwhile, was saluting Purton for his success, suggesting that “a certain part of his anatomy is made of steel”, but the true hero here was Exultant. He must have been thinking that if only he hadn’t emigrated, he’d now be locked down and chilling out in a field in Kildare, rather than having his backside whipped in Hong Kong. And he’d have had all the time in the world to learn a new skill, get his side hustle started and to acquire more knowledge. He could even have learnt the trumpet.

1 Tipping Point: DeChambeau’s transformation raises questions, but who will ask them?
2 Patrick Mahomes reported to have signed 10-year $400m deal with Chiefs
3 Tottenham take the gift of Keane’s own goal and grind out the rest
4 Ken Early: Resurgent United can be the top team – in Manchester
5 Coronavirus implications will delay completion of CVC’s €450m Six Nations deal
Real news has value SUBSCRIBE