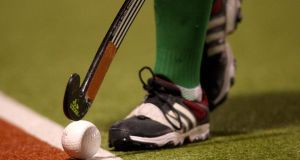 After nine warm-up matches in 2015 already, Craig Fulton’s Irish senior men formally start their Olympic qualifying bid at Chula Vista in California at the World League round two, needing a top three finish to keep their road to Rio on course.

They enter this phase of the competition as second highest seed and should negotiate their way through but a much-maligned tournament format is fraught with potential booby traps.

Ireland start out with a four-team group that begins with world number 25 Chile on Saturday before meeting Austria (22) on Sunday before facing Italy next Tuesday.

The Austrians are certainly the toughest initial opponent. but Ireland beat them in midweek in a warm-up tie, Conor Harte scoring a rasping reverse-stick effort, along with hosts USA to show they are in decent form.

All four sides from the group, however, qualify for a quarter-final spot where they will be paired with one of Canada (14), Russia (19), USA (27) and Trinidad and Tobago (30) dependent on final positions in the group phase.

Lose that quarter-final tie and Ireland’s Olympic dream will be over in an instant and so, in theory, it is important for Ireland to try and ensure early wins to set up a simpler game in the knock-out phase.

On home turf, meanwhile, barring a huge upset, Monkstown will be crowned Leinster division one champions on Saturday evening. All they need is a point against basement side Rathgar to ensure they retain the title they won a year ago, ending a 30-year wait.

The other key game is Railway Union’s game against YMCA. Whoever loses will more than likely be out of the race for an automatic Irish Hockey League place while a draw could see both miss out.