Leonora Kennedy and Monika Dukarska team up for Ireland 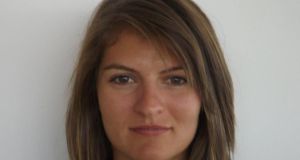 Monika Dukarska is in the Irish team for European Championships next month.

In a switch from the nominated crews, the Ireland women’s pair to compete in Piediluco in Italy next weekend (April 10th to 12th) and at the European Championships in May will be made up of Monika Dukarska and Leonora Kennedy. Lisa Dilleen and Helen Hannigan have been selected to form a new partnership in the women’s double.

Before all that comes Neptune regatta, with a big programme which starts with over an hour of activity on Good Friday, and carries through to Saturday.

The men’s senior single sculls should provide a highlight. Michael Maher of Commercial and Sam McKeown of Portadown clash in a quarter-final on Saturday morning, with Sam Toland of UCD or Colm Dowling of Commercial awaiting the winners. On the other side of the draw, Damien Kelly of Garda and Declan O’Connor of St Michael’s clash, with Ian Hurley of Trinity or Andrew Griffin of UCD awaiting the winner.

The Commercial regatta on Sunday starts at 9.30am.

Bobby Platt MBE, who gave decades of service to Bann, Coleraine Academical Institution and Ulster and Irish rowing passed away this week. He was 94.

Shane Lowry the star turn as Irish Open gets underway, Arsenal see off Leicester 07:51
Irish Open 2020: Galgorm Castle hole-by-hole guide 06:00
Rugby Stats: Saracens superiority at scrum time key to victory over Leinster 06:00
Irish Open 2020: Four players to watch out for 07:01
Marty McGrath and Ederney hoping to bridge a long gap in Fermanagh 06:00
Here is your handy guide to sport on television this week