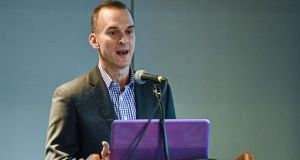 The last question Travis Tygart wants again is exactly how he took down Lance Armstrong, although he smiles in the face of monotony, knowing full well this is the story that never ends.

Just because you uncover the most sophisticated and successful doping programme that sport has ever seen doesn’t mean the problem goes away.

And for Tygart – chief executive of the US Anti-Doping Agency, whose Reasoned Decision, in October 2012, finally revealed the lies behind Armstrong – there may yet be a way back for the seven-time Tour de France winner.

“We offered Lance the opportunity for some reconciliation, back in 2012, and we remain open to sitting down with him,” said Tygart, in Dublin yesterday for the Irish Sports Council Anti-Doping session, which addressed changes to the Wada code for 2015.

“The lifetime ban is there, but everyone deserves the chance to redeem themselves. And does Lance still have information about others, about how he avoided testing? Absolutely. He was obviously an inspirational person, and how he ended up was tragic, but if he has a message there, and it’s truthful and full, for people who love sport, that is something we would want to hear.

But for now, Tygart has more important matters to worry about: namely funding, and why the three most successful US sports – the NFL, NBA and baseball – still chose to operate outside the Wada code.

“They’re all done in-house, while obviously we believe the independent model is the best model. And none of them are Wada compliant. Baseball, in fairness, now has a robust testing programme. But we know from cycling, and our Reasoned Decision, that cyclists spent just as much time and effort and resources learning how to use the drugs with success, without getting caught.

“So you can only imagine what athletes will do in a programme filled with loopholes, and not stringent testing. Athletes are going to use the drugs that will help them, unless there’s some chance they’re going to get caught, so if you’re not even testing for human growth hormone then they’ll do whatever it takes, especially is such physical sports. And in US college sports, too, with a woefully inadequate testing programme, the temptations are huge . . . .”

“As rule enforcers, we have to fairly and universally apply the rules. If those rules allow an athlete to come back after he’s served his time then we have to apply them, and what would be more unfair would be to move the rule, midstream, just because you don’t like it in one particular outcome.

“If we don’t like the rule, let’s have the discussion. But these things have to be evidence based. I understand the sentiments around those types of cases, why people feel that way, but . . the people who enforce the rules have to abide by those rules. We’re no better than the cheats if we want to throw out the rules . . .”

What else then can be done? “The financial aspect is critical. There is $800 billion flowing into global sport, and not even half of one per cent is being spent on anti-doping. €300 million worldwide is the estimate I’ve seen. We’ve $14.8 million, at US Anti-Doping Agency. So we can’t sleep, at all, will always remain vigilant, because the temptations will always be there, with all the fame and fortune that comes with sport.”