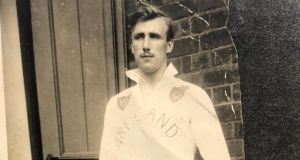 In October 1948, Jack Kerouac wrote to his friend Hal Chase about a new novel he had just started, an “American-scene picaresque”, about two boys hitchhiking to California, one for a girl, the other for Hollywood stardust. The characters would work their way across the country, “arriving finally in California where there is nothing”, and return home.

The idea for the book obsessed him, he told Chase. It took three years before Kerouac actually wrote it, on one 120-foot scroll during a three-week Benzedrine-fuelled binge, and another six years before he found a publisher, in 1957. It was one of my first and lasting influences and in ways still matters as much today.

The book, of course, is On the Road, and has never been out of print since, often referenced as one of the most influential English-language novels of the 20th century.

It’s also one of the most misunderstood. Like any proper road trip, Kerouac began that journey 70 years ago never once thinking about the destination, and the story has nothing to -do with rebellion but the simple becoming of an adult. Its fame also fast-tracked Kerouac’s decline and he died on this Sunday in October, 1969, my age exactly. Some burdens are too heavy to be yours.

In that same October of 1948, Jimmy Reardon packed up all his belongings and left the old bus on North Bull Island in Dublin Bay which he called home, and moved with his young wife to Villanova University, the small rural-like campus 12 miles northwest of Philadelphia.

So began another journey which is still continuing 70 years later and remains one of the most lasting influences in Irish sport.

“We could sure use you guys at Villanova,” suggested George Guida: that opening chapter has been told many times, how Reardon, a 400-metre sprinter, along with thrower Cummin Clancy and miler John Joe Barry, got chatting to two American athletes, Guida and Browning Ross, at the 1948 Olympics in London. Guida and Ross were both on scholarship at Villanova and reckoned their coach Jumbo Elliott would snap up of some Irish services, which he did.

Reardon was the first to travel, followed by Clancy and Barry, too late to enrol for the first semester but all three were full-time Villanova student-athletes by 1949, and all three graduated together in 1953.

Ronnie Delany came soon after and won the Olympic 1,500 metres in 1956 during his second year at Villanova, and the Irish pipeline, as it became known, has been kept going in the seven uninterrupted decades since.

Noel Carroll and Frank Murphy in the 1960s; Donie Walsh, John Hartnett and Eamonn Coghlan in the 1970s; Marcus O’Sullivan, Gerry O’Reilly and Olive Burke in the 1980s; Sonia O’Sullivan, Aidan O’Regan and Ken Nason in the 1990s; Geraldine McCarthy and Richie Corcoran in the 2000s; Síofra Cléirigh Büttner and Harry Purcell in the 2010s, with Charlie O’Donovan, the promising distance runner from Cork, freshly enrolled at Villanova this semester, ensuring that pipeline continues into the 2020s.

There are others – 30 Irish athletes, by my count, either attended or are attending Villanova since 1948 – and they’re far from alone.

The Irish pipeline soon spread down the east coast, from Providence to Iona, south to Arkansas and East Tennessee, north to Michigan and Notre Dame, and as far west as Pocatello, Idaho, in the heart of the Rockies.

I know that because my dad still tells the story about the day he got a letter from Idaho State University in 1958 offering him a running scholarship. All he needed to do was get himself to Pocatello and they’d take care of everything else from there and I reckon there is a book in him yet.

Like On the Road, the American scholarship journey is often misunderstood, and definitely not all about the destination.

Some of us went on to represent Ireland but for the many others that didn’t it provided a running education into the heart of America, some understanding of how exactly the country works outside of CNN and the Oval Office.

Like On the Road it doesn’t offer all the answers but in the end is mostly about becoming an adult.

Reardon, like Kerouac, didn’t always fare well with his burden. Born this Thursday in October 1925, his relationship with Irish athletics promptly soured when they refused to pay his way back from America for the 1952 Olympics in Helsinki, the same fate served to his Villanova team-mates Clancy and Barry.

What they couldn’t deny was his talent; his 400m best of 47.6 would have won him a bronze medal at the 2018 Irish championships, 70 years after he ran it. With the look of a 1940s matinee idol, he carved out his own post-running career in America before returning home in the 1980s.

Some of his story is fading into time, some of it still being told by his two daughters Deborah and Kathy, back from America this week to help him celebrate his 93rd birthday at Leopardstown Park Hospital in south Dublin, where I found them together on Friday afternoon, Ireland’s oldest living Olympian and original running pioneer, leaving me obsessed with an idea for a book.