Ireland look to the future for World Athletics Championships

Only three survivors from the Olympics in team for Moscow 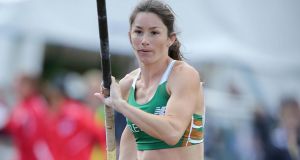 No Derval O’Rourke, no Fionnuala Britton, no Ciarán Ó Lionáird, no David Gillick, and no Deirdre Ryan – all finalists in recent World Championships, but because of injury or illness weren’t available for selection for Moscow.

No Olive Loughnane either, silver medallist over the 20km walk in 2009, and now retired, although most of the 11 athletes that are selected are about the future, not the past, although with a couple of very seasoned campaigners in the mix as well.

Rob Heffernan is a veteran of four World Championships already, and now aged 35, may well have saved his best until last, certainly the highest ranked Irish athlete heading to Moscow, where the championships begin on August 10th.

Fourth in the London Olympics a year ago, Heffernan is hoping to go at least one place better over the 50km this time. Everything about his training and recent racing schedule suggests will travel in best shape of his life, although it won’t be easy, especially given Russia is effectively the home of race walking, the one event they will be particularly keen to dominate.

At 38 Maria McCambridge is older still, but her selection in the marathon is just reward on a number of counts. McCambridge was unlucky to miss out on Olympic selection last year, three women getting the nod ahead of her, yet she bounced back in typically gutsy style, running a lifetime best of 2:35:28 in Dublin last October, and underlining her form by winning the 5,000 metres at the National Championships in Santry over the weekend. Paul Pollock is also selected in the men’s marathon – the Belfast-based doctor running 2:16:30, also in Dublin last October, and likewise inside the B-standard.

The only team member selected for a track event on an A-standard is 20 year-old Mark English, who ran that brilliant 1:44.84 at the London Diamond League meeting last Friday, just outside David Matthews’ 18-year Irish record of 1:44.82. English’s 1:44.84 also cleared the way for Paul Robinson to be selected in the same event, thanks to the B-standard of 1:45.86 he ran at the Morton Games this month.

Brian Gregan and Jennifer Carey are both selected over 400m, Carey running inside the B-standard with her 52.29 in California back in May, and she also won the National title on Sunday – while Tori Pena is the sole field event representative, in the pole vault.

Brendan Boyce (50km walk) and Laura Reynolds (20km walk) complete the team, and who along with Heffernan, make up the just three survivors from the Irish team of 23 athletes that competed in London a year ago.

1 ‘For 25 minutes I ran out of oxygen’: Pepe Reina on his coronavirus battle
2 Rory McIlroy admits Portrush nightmare was catalyst for his return to the top
3 Garry Ringrose to stay with Leinster as he signs two-year central contract
4 Jack Grealish ‘deeply embarrassed’ after visiting friend’s house during lockdown
5 Money, domestic violence and CTE: Roger Goodell's NFL reign
Real news has value SUBSCRIBE