Big guns closing in on a last four spot

Railway, UCD and Pegasus all aiming to maintain 100 per cent record in Irish Hockey League 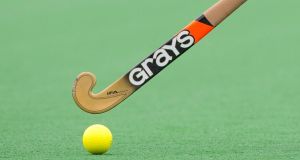 Two rounds down, three to go, the pool stage of the Irish Hockey League continues this weekend with Railway Union, UCD and Pegasus, all at home tomorrow, defending their perfect records.

Railway and UCD top pool A on eight points, four clear of their opponents tomorrow, Catholic Institute and Greenfield, respectively, so if they prevail again they’ll have one foot in the semi-finals.

Nothing less than a win will do for Hermes, six points adrift of the leaders, when they take on bottom-of-the-table Lurgan, and even then their hopes of reaching the last four look slim enough.

Pool B is a tighter affair, Pegasus on currently on top with eight points out of eight, two ahead of Loreto and another two clear of Cork Harlequins and Ards.

Even Old Alexandra back in fifth can put themselves in the running if they pick up a win at Ballymoney, who have yet to earn a point.

Pegasus are at home to Harlequins tomorrow, the Cork side, with former internationals Rachael Kohler and Karen Bateman back on board, putting themselves in contention for a top two place with a 2-0 win over Ards last weekend.

Loreto, meanwhile, will look to get back to winning ways when they host Ards, after being held to a draw by Alexandra in round two.