The in-depth analytics that helped Danny Willett to glory

‘15th Club’ are quickly putting to bed the myth of ‘drive for show, putt for dough’ 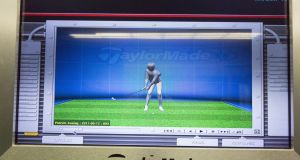 When the celebrations following his Masters victory had subsided, along with the headache from an epic all-nighter, Danny Willett tweeted a number of public thank-yous. To friends, sponsors, his caddie – and, intriguingly, a British analytics company called 15th Club, for helping him “prep better for course strategy”.

A year ago 15th Club did not exist. Now it has a major champion on its roster. For good measure the company is also helping Lee Westwood, who finished runner-up at Augusta, and Darren Clarke, the Ryder Cup captain, with Europe’s preparations. The 15th Club Twitter page reveals their mission statement: “We help professional golfers win by applying intelligence and context to performance data.” So far it seems to be working.

Speaking from his smart office in London’s Hatton Garden, 15th Club’s CEO, Blake Wooster, stresses that he does not want to overplay their role in Willett’s success. But he is convinced that analytics leads to gaining small edges that can bring major results.

Jacob Nichols, 15th Club’s head of golf intelligence, illustrates this with a simple fact. If a professional is able to lower their shots per round by just half a stroke, they will increase their earnings potential by 73per cent. “By coincidence, that’s how much Danny’s golf has improved since we started working together,” adds Wooster.

Willett’s public acknowledgement is another sign of golf’s growing analytics revolution. Not so long ago professionals used to rely on statistics such as greens in regulation and putts per round to assess their game. That changed when Mark Broadie, a professor of business at Columbia Business School, used an analysis of four million golf shots on the PGA Tour between 2003 and 2012, to show these numbers could be misleading.

The first chapter of his book, Every Shot Counts, published in 2014, rips apart assumptions long regarded as sacrosanct, including Bobby Locke’s famous maxim: “Drive for show, putt for dough.” As Broadie points out, US PGA tour professionals average 29 putts per round, which makes people overly stress its importance. Yet nine of those putts occur within two and a half feet, where pros make the hole 99.5per cent of the time. And how many putts over 21 feet does a tour golfer sink in a four-round tournament, he asks. “Five? Seven? The average is only 1.5.”

In fact long driving and iron play turn out to be more important. Broadie illustrates this with a startling example: “If a low-handicap golfer had Tiger Woods do all of the putting, the gain would be about 2.2 shots per round,” he says. “But having him hit all shots over 100 yards would lower the score by about 9.3 shots per round.”

Inevitably this will bring comparisons with Moneyball, Michael Lewis’ tale of how the Billy Beane improved the fortunes of the Oakland A’s using better analytics to scout and analyse players. And Broadie has also popularised Strokes Gained – a measure that allows a golfer to better understand where he gains or loses ground with his peers compared to traditional statistics. Say, for example, a golfer one-putts from eight feet. The US PGA Tour average from that distance is 1.5 shots. So a one-putt gains 0.5 strokes, while two-putt loses 0.5 strokes.

As Nichols explains, Willett’s victory at the Masters, which was played in 14.6 strokes better than the field, was based on success in two key areas. “It was largely achieved with superior performance on putts (+5.6 strokes gained – 6th best) and approach shots (+4.9 strokes gained – 3rd best),” he says. “However, his performance gained strokes on the field on all types of shots (drives, short game, approach shots, and putts).” Jason Day ranked as the best putter in Augusta (+10.3 strokes gained) but his approach shot play did not measure up well against the field. So much for putts for dough.

How might data have helped Willett at the Masters? Understandably 15th Club, which is an offshoot of the leading football analytics agency 21st Club, doesn’t want to give away all their secrets. But they explain that both Willett and his caddy Jonathan Smart use their software, which can help improve decision-making on the course. Wooster gives a hypothetical example. “Say after a good drive at a par five, a player was unsure whether to lay up or go for the green,” he says. “We can give some probabilistic data - based on the ball’s lie, wind, and the strength of the player’s hitting - which might say 60per cent of the time golfers who go for the green on this hole score lower than those that lay up from a similar position to you.”

Before Augusta, Willett and Smart also asked for help improving their decision-making. As Nichols explains: “They wanted to know how the field had played certain holes last year, and in particular which areas to play the ball to when they got into difficulties to give the best chance of recovering. Based on past data we were able to do that, and help shift the odds in their direction.”

It appears to have paid off. Willett ranked a respectable tied-18th in birdies or better (13) at Augusta but was a long way behind Spieth who hit 22 birdies or better. But on the flip side Willett made only eight bogeys all week. To put that into context, the field made bogey or worse on almost 26per cent of their holes; Willett on only 11per cent.

What makes this story more remarkable still is that 15th Club did not exist until very recently. An old friend of Wooster’s, Duncan Carey, who was the head pro at Astbury golf course where Darren Clarke was also an ambassador, suggested the pair should meet. Wooster did not expect much from the meeting, but when he showed Europe’s Ryder Cup captain the work that 21st Club had done for some of European’s leading football sides, Clarke replied that he had to have something similar.

After researching golf analytics in more depth, Wooster discovered that many of 21st Club’s methodologies from football could be adapted to golf. He told Clarke he was ready to help. They came up with a name and built a team of analytics experts and soon had their first test, at the Eurasia Cup in Malaysia in January. The match was expected to be tight. However Clarke trusted 15th Club to help choose his pairings for foursomes and fourballs based on how the data suggested the players could complement each other, and was rewarded when Europe romped home by 18½ to 5½.

Clarke, who had spent his downtime over Christmas poring over a 48-page pre-tournament document compiled by 15th Club, was fulsome in his praise afterwards, saying it had “everything you could imagine: the golf course, pairings, performance under pressure, consistency, which order the players should tee-off in, who drives the odds, the evens, the best fourballs, the best foursomes – everything conceivable.”

It was in Malaysia that 15th Club also met Willett, and began what has proven to be a very fruitful partnership. As Wooster explains, “Beneath that happy-go-lucky exterior he is very determined, focused, precise and methodical. At the Eurasia he was in the gym every morning and watching what he was eating. And he was the only player who had his own fitness coach with him. Clearly he takes his performance very seriously and is focused on embracing information that he feels can give him an edge.”

15th Club is growing fast and now works with 30 golfers, but Wooster insists they are not getting carried away. “Like in football there is no silver bullet with golf analytics,” he says. “99per cent of it comes down to how the player is able to execute the shot. But our data can help them make better decisions, and nudge the odds in their favour. And small advantages can reap enormous rewards.”

1 Worst sporting moment: White knuckle ride on a hate-filled night at Windsor
2 Irish Open confirmed for Galgorm Castle in September
3 Rugby to return in England with rucking but no hugging
4 Acute disillusionment the only response to growing FAI debacle
5 Irish roots with the bit of Jo’burg dog: Curtis Campher has arrived
Real news has value SUBSCRIBE