Shane Lowry’s Tour Tales: Breaking into world’s top 50 is not my only goal 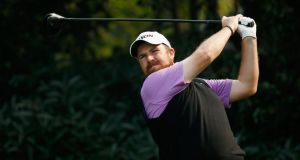 I’m not going to lie. I’m not like an ostrich who buries his head in the sand. I know what’s going on. I’m aware of where I stand in every ranking that concerns me, but one more than most. The world rankings are published every Monday and I’ve been checking them as soon as they appear, seeing whether I have moved up or down or stood still. I know I’m currently only one place outside of the world’s top 50 and I know that I want to break through that barrier. I, more than anyone, know where I stand.

What’s the big deal? Actually, as far as I am concerned, getting into that top 50 is only another step in going where I want to go. If I play well and get into the top 50 in the next few weeks, yippity doo! At the end of the day for me it is about getting higher than that. It is about working towards the top 40, the top 30. To get as high as I can in the world. If I went and finished in the top two or three here in Turkey this week and all of a sudden I’m up to 48th or 49th, it is not like I am going to lay off the gas next week in Dubai. I’d want to kick on.

How do I manage that? To be brutally honest, I need to get it right between my ears. I’ve been letting my golf get to me the last couple of weeks in China. They were quite difficult weeks. I didn’t play great in the first round of the HSBC last week and I was quite annoyed. I’d had nine birdies and shot a 64 in the pro-am. Of course word filtered round and everyone started saying it to me and then I went out and shot 78 in the first round. It’s a funny game but it didn’t seem at all funny to me. A good week would have been really good for me. I actually fought back well to finish where I did, in 34th place.

This week, it’s about getting it right mentally. I played the pro-am on Tuesday and played lovely. Yesterday I spent a lot of time – probably a bit too long – on the range, and then in the short game area.

Anyone looking at me and my caddie Dermot Byrne on the range would have seen us working as a team. The ball is going a bit further this week in the warmer weather. I was trying to get a bit of distance control and sent Dermo up the side of the range so that he could see exactly where the ball was landing. We did 95 yards, 120 yards, 135 yards. Lob wedge. My 52 degree. Pitching wedge. I was spot-on for distance. They’re the scoring clubs this week. There’s a few holes out here where there’s long irons into greens and you make your par and then try to make birdies on the rest.

Last year, it took 24-under to win, but the rough is up this time and I believe something in the mid-teens will do. I do like the course. You need to drive it straight and that’s what I do. I just need to get it right between my ears, to just play my game. If I do that, I will be fine.

I’ve been impressed on my visits to Turkey and they’re doing their best to promote golf. I remember a few years ago during my amateur days that a friend of mine Dave Kearney used to work out here with the Turkish Federation’s junior programme.

They have an ambition to stage a Ryder Cup one day and money talks in this game, so it could yet happen. I do think you have to serve your time, though. Would it be fair to get it ahead of Sweden or Germany or Portugal? But if they build the game over the next 10 years, you could give it to them.

For now, the Turkish Airlines Open is putting golf in Turkey on the map and it is a great tournament and an important one for me as I come towards the end of the season. I have Dubai next week to finish the official season but also hope to get into the Nedbank Challenge in Sun City. Let’s just say I have already booked my plane tickets.

It would be easy for me to sit back, to lie down and say I have had a good year anyway. That’s what people have been saying to me if I get upset about my golf. But that’s not the way I am. What happened last week or three months ago doesn’t bother me. It is what is happening tomorrow that I want to take care of. At the end of the day, I would love to win one of the next two weeks and I feel that I can.

I will be doing my best.